An $81-billion climate-disaster bill to help the survivors of Hurricanes Harvey, Irma, and Maria and the Western wildfires has languished since December. Right now, Congress isn’t planning to include any disaster relief in this week’s continuing resolution. As communities from Puerto Rico to California struggle to recover from these disasters, we cannot leave them behind.

It is critical that we drive as many calls to Congress right now to demand better for our fellow Americans under attack not just by fossil-fueled disasters but also their own government.

Make a call to your representative in Congress as they vote on the stopgap spending bill.

Let your Congressperson know you are paying attention to this vote and expect them to do much more in the days and months ahead:
-Tens of thousands of Puerto Ricans are still without power, and will not have vital services restored for months
-The total amount of the disaster bill is far too low—the survivors of disasters in Texas, Florida, Puerto Rico, the U.S. Virgin Islands, the California wildfires and mudslides need much more help

There must be accountability for the Trump administration’s response to these crises! The fossil-fuel industry must be held accountable for its deliberate profit from climate pollution 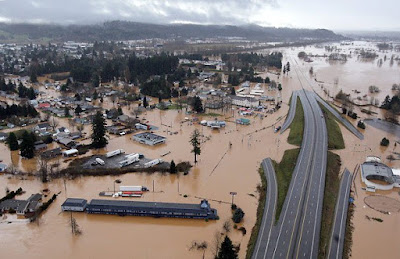 In Texas, coastal towns struggle to return to normalcy, with the majority of businesses in the area still closed.

The death toll for the California mudslides has risen to 20, with more people still missing. This comes on the heels of some of the most destructive wildfires in California history, costing the state at least $9 billion.

Many Puerto Ricans spent the holidays without power, and will not have restored access to electricity for another 6 months. With dwindling resources and overburdened workers, tens of thousands of citizens are waiting months for even emergency repairs to their homes.

The 3.4 million American citizens of Puerto Rico have no vote in Congress. They are working to survive, recover, and rebuild. Today, we can take a minute to be their voice.

Let us know how your calls went.
- Climate Hawks

La Ruta De María: A journey along the path of the hurricane, CNN
http://www.cnn.com/2018/01/12/us/sutter-maria-route-puerto-rico-invs/index.html
Posted by Jana Segal at 9:31 AM