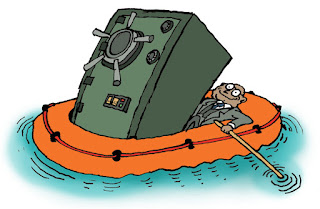 Eight years ago as UK Prime Minister and chair of the G20, I tried to end the injustice of global tax havens. But as the "Paradise Papers" leak shows, trillions are still being siphoned off to dodge tax in the most shadowy places in the global economy.

It’s one of today’s greatest injustices, allowing the richest to stand aside while the rest of us pay for health, education, and protecting the most vulnerable.

But now we have a chance to stop it -- through an international agreement that outlaws tax havens and imposes penalties and prison sentences on tax evaders. And the G20, the leaders of the world's biggest economies, can make it happen.

Please join me in signing this open letter to Argentine President Mauricio Macri, chair of the G20 -- if a million of us sign, I will personally deliver it to him, asking him and other G20 leaders to take urgent action to finish the job we began in 2009. Join with one click:

The G20 is the right home for this issue -- and has already made real progress in forcing tax havens to clean up their act. So there’s already momentum, and now the Paradise Papers give us the chance we’ve been waiting for to finish the job.

As someone who was the target of Avaaz campaigns when I was Prime Minister, I can tell you that they make a powerful difference. This movement is driving forward the idealism of the world. This scandal gives us the chance to tackle one of the biggest challenges we face head-on -- let’s not waste it.

- Gordon Brown, with the Avaaz team

Just 8 men own same wealth as half the world (Oxfam)
Posted by Jana Segal at 12:21 PM