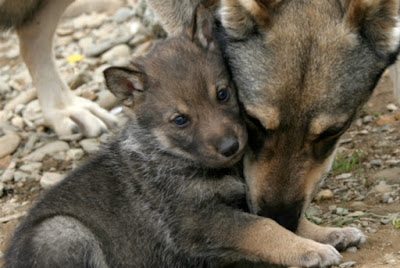 Congress’ attacks on the Endangered Species Act and the struggling wildlife it protects continue to mount. Gray wolves desperately need your help!

The future of gray wolf recovery is in jeopardy, as Congress continues their attacks on the vulnerable wolves.

Last month, the House of Representatives passed HR 6874, a horrible anti-wolf bill that would severely undermine the Endangered Species Act, and your ability to defend wildlife in court.

The misleadingly named “Manage Our Wolves” Act strips Endangered Species protections from all gray wolves in the lower 48, handing their management over to hostile state wildlife agencies. It even limits your ability to hold wildlife agencies accountable in court, setting a dangerous precedent.

Now House Republicans are trying to add the text of the “Manage Our Wolves” act as a rider into the House’s must-pass spending bill. If they succeed, these attacks will become law, and gray wolf recovery would be devastated.

Members of Congress in both chambers can pressure their leadership to get this toxic anti-wildlife, anti-accountability rider removed. But we must demand it.

I am deeply concerned by the current effort in Congress to push anti-wildlife legislation into law as "riders" on the FY 2019 Interior and Environment Minibus III spending bill currently being considered in the House.

If Minibus III passes as-is, the riders would officially strip Endangered Species protections from gray wolves in Michigan, Minnesota and Wisconsin, double down on the delisting of Wyoming gray wolves, call for Interior to delist all gray wolves in the lower 48 and limit the public’s ability to seek judicial relief.

Wolves have just begun to recover in some areas of the country. Since the effort to restore wolf populations began in 1980's, we have had some great successes, and we now have wolves in the northern Rocky Mountains and the Midwest. But it is too soon to remove wolves from the federal endangered species list, as several courts have confirmed. Continued federal protections are critical to securing the fragile recovery of existing wolf populations and allowing wolves to expand into other suitable habitats.

Any legislation that interferes with existing federal wolf protections would be harmful to wolf recovery in the United States. It would also undermine the Endangered Species Act (ESA), one of our most effective and important environmental laws.

Ideological anti-environmental policy "riders" don’t belong in government spending bills. This set of irrelevant, unnecessary amendments would fast-track a series of horrible attacks on wildlife and undermine the power of the Endangered Species Act, one of the most effective pieces of legislation in our history.

I urge you to push Congressional leadership to remove anti-wildlife riders from this spending bill, and uphold federal protections for wolves.

- SierraRise
Posted by Jana Segal at 7:03 AM