Come celebrate and show Hudvay we are on top of this should they decide to appeal.

U.S. District Judge James Soto heard oral arguments Tuesday on several cases related to the Rosemont Copper Mine, including a request by mine opponents for a preliminary injunction to halt construction until all other court cases challenging the mine are decided.

The main disagreement at the preliminary injunction hearing was whether the Army Corps of Engineers has the responsibility and authority to regulate downstream secondary and cumulative impacts from dredge and fill operations on the mine site.

Attorneys for tribes and environmental groups who oppose the mine argued that the agency has that authority. They argue that when the Army Corps of Engineers granted the mine's 404 permit under the Clean Water Act, it didn’t adequately analyze related impacts, including dewatering and polluting nearby water sources.

The attorney for the Army Corps of Engineers disputes that claim and says the Forest Service is the main regulatory agency for the mining project, and pointed to proposed mitigation for those impacts on Sonoita Creek.

Opponents also criticized Rosemont and the Army Corps of Engineers for insufficient public notice and financial guarantees on the mine project.

Save the Scenic Santa Ritas, the Center for Biological Diversity, the Arizona Mining Reform Coalition and the Sierra Club Grand Canyon Chapter have filed suit against the Army Corps of Engineers over that 404 permit. In April, the Pima County Board of Supervisors voted to back the lawsuit.

The Tohono O'odham, Pascua Yaqui and Hopi tribes oppose the project over concerns it would damage ancestral homelands, and have filed a lawsuit challenging the Forest Service decision to approve the final environmental impact statement for the mine.

The judge took all cases under advisement. He will make a decision on the injunction by Aug. 1.

https://www.sustainablelivingtucson.com/2018/10/find-out-whats-up-with-proposed.html
Posted by Jana Segal at 1:54 PM No comments:

Urge governments that own the EIB to stop funding fossil fuels 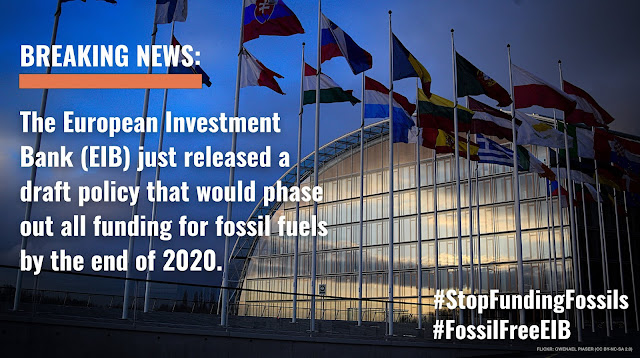 Oil Change International has been pushing the European Investment Bank (EIB) to end its fossil fuel finance for years. Now we’ve got big news! Thanks to activists' emails and actions, the EIB announced a draft policy last Friday that would phase out all fossil fuel finance by the end of 2020!

The draft policy states that the Bank will phase out support to energy projects reliant on fossil fuels, including production, infrastructure, and power generation or heat based on fossil fuels. Additionally, the policy will apply to both direct and indirect investments – a huge step in aligning its entire energy portfolio with the Paris Agreement, and a big step forward that builds on the momentum of the World Bank’s 2017 commitment to end direct financing for upstream oil and gas.

But the fight isn’t over: This ambitious policy still needs to be approved by the member state representatives who make up the EIB’s Board of Directors, and we can’t let them water it down. We’ve come this far and now we just need to take this ambitious policy across the finish line.

This draft policy represents a tremendous shift. Between 2013 and 2018, the EIB – the world’s largest multilateral lender – averaged almost €2.5 billion per year in finance for oil, gas, and coal. In response, supporters like you sent hundreds of thousands of messages to EIB Directors, Governors, and Management Committee members, urging the Bank to ensure that its new energy lending policy criteria exclude financing of fossil fuels. And it worked!

Now we need your help again to urge the governments behind the EIB to take up this proposal and end the Bank’s handouts to the fossil fuel industry. Tell the EIB Board of Directors to step up their climate ambition and pass this world-leading policy that would stop funding fossils.

We will not stop until our governments do all that is required to fight the climate crisis at the scale that it deserves – including ending all forms of government support for fossil fuels and implementing a just transition away from coal, oil, and gas.

Working people deserve to be able to organize themselves to demand living wages and healthy working conditions. In a time when the richest Americans' wealth growth has increased by over 200% while wages remain stagnant for the rest of us, we need our lawmakers to protect workers’ rights.(1)

Currently, there’s no financial penalty for employers who illegally fire workers who are trying to unionize.(2) In response, Rep. Bobby Scott and Senator Patty Murray introduced the Protecting the Right to Organize (PRO) Act in Congress to protect millions of working people across the country.

This important pro-worker legislation is facing an uphill battle in Congress, and we and our partners need your help to get it passed.

Sign the petition: Urge Congress to provide millions of workers with organizing protections.

The PRO Act would enact the strongest workers’ rights laws since Congress gave U.S. workers the right to unionize in 1935. That’s why big corporations are lobbying to defeat this crucial bill, while the U.S. Chamber of Commerce’s Labor Policy Director called it “the single biggest threat” to the interests of the largest corporations, even though it simply provides the most basic of protections for workers.(3)

The PRO Act would:
Corporations are fighting tooth-and-nail to stop this bill because they know that if working Americans unite, corporations would start being held accountable for their abuses. It’s going to take immense people power to get the PRO Act passed, but if enough of us stand up we can prove that the people are watching and will ensure that our voices are heard and our rights affirmed. Join us in the fight to protect workers’ rights and stand up to big corporations. 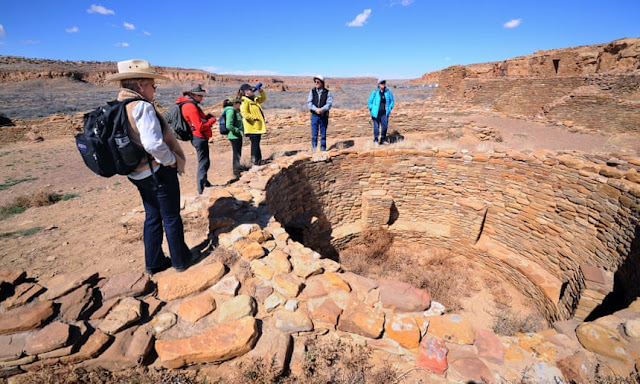 Posted by Jana Segal at 9:52 AM No comments:

Congress pass the "For the 99.8 Percent Act" to tax ultra-wealthy

Posted by Jana Segal at 9:44 AM No comments: 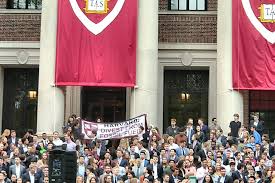 Posted by Jana Segal at 8:42 AM No comments:

Last week, Congress members Earl Blumenauer, Alexandria Ocasio-Cortez and Bernie Sanders introduced a bill (H.Con.Res.52) that would declare a climate emergency in the United States, and call for a national mobilization to address the climate crisis.

The resolution lays out some of the most important evidence that climate change has become a crisis, and must be solved “at a massive scale to halt, reverse, mitigate, and prepare for the consequences of the climate emergency and to restore the climate for future generations.”

One of the most effective ways to lobby your members of Congress is by calling. You can say something like this:


“Hello, I’m a voter from [YOUR TOWN]. I’m calling to urge [ELECTED OFFICIAL’S NAME] to support the resolution declaring a climate emergency.”

You can also send a message using the tool below from The Climate Mobilization.

(NOTE: if you don't want to be put on another e-mail list, unclick "share my information with other organizations partnering on this campaign.") 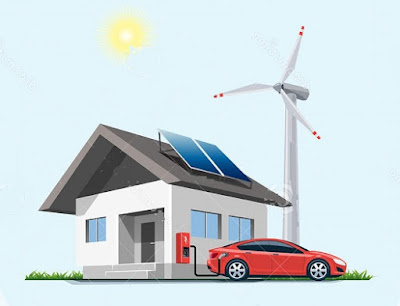 There's one big way Congress can help speed up action on clean energy and climate change:
Tax credits!
By extending or modifying critical tax credits for clean energy and energy efficiency investments, the federal government can provide billions of dollars in tax incentives that will help solve the climate crisis.
Here's the problem: Many of these tax credits are outdated, expired, or set to expire soon, including in four key green technology areas needed to meet our climate goals — electric vehicles, offshore wind, electric grid scale storage, and building efficiency.
Without extensions and modifications to tax credits in these areas, clean energy innovation could stall and our planet will be driven even closer to the brink of climate catastrophe.
Tell Rep. Ann Kirkpatrick: We need climate action now! Extend smart and vital tax credits needed to expand our clean energy technology revolution.
Clean energy solutions are good for our environment and our economy, creating jobs and reducing energy costs for consumers.
Moreover, we know these credits work. Wind and solar already have received tax incentives that have proved incredibly successful at increasing the amount of renewable energy on the grid.
The House of Representatives tax committee just passed legislation to extend a host of other tax credits, but that bill did not update or extend the important credits we need for electric vehicles, offshore wind, and energy storage. It also included outdated energy efficiency tax credits for commercial buildings and new homes that must be modified to be effective.
In order to succeed in including these credits, we need as many people as possible to urge their representatives to do their part to fund them. Can you help?
Tell your representative that clean energy innovation is needed now — and that you're counting on her to do her part to make sure these crucial climate goals are met.
Earlier this year, the House passed the "Climate Action Now Act," showing that addressing climate change is at the top of their priority list. And extending these critical tax credits is another way the House can demonstrate its commitment to action on climate change.
Given the urgency and scale of transformation needed to address climate change and rapidly decarbonize our economy, one of Congress's top priorities must be to provide tax credits that make the greatest impact toward meeting our nation's climate change goals and commitments. Please make your voice heard at your representative's office now.
- Kevin S. Curtis, NRDC Action Fund
Posted by Jana Segal at 9:59 AM No comments: 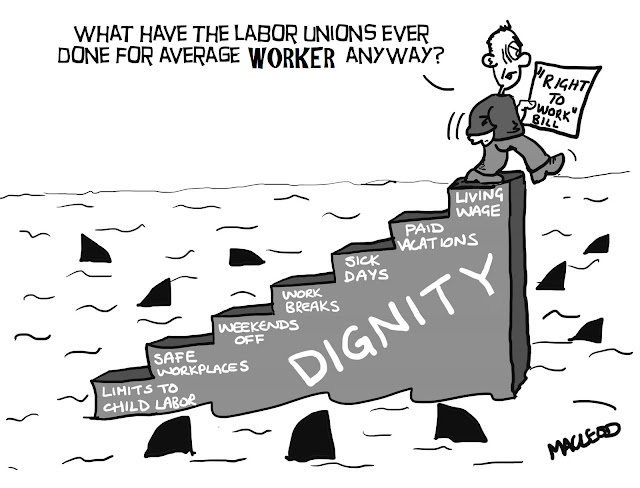 Posted by Jana Segal at 1:01 PM No comments:

Tell your Reps: Crack down on the revolving door between Pentagon and military contractors 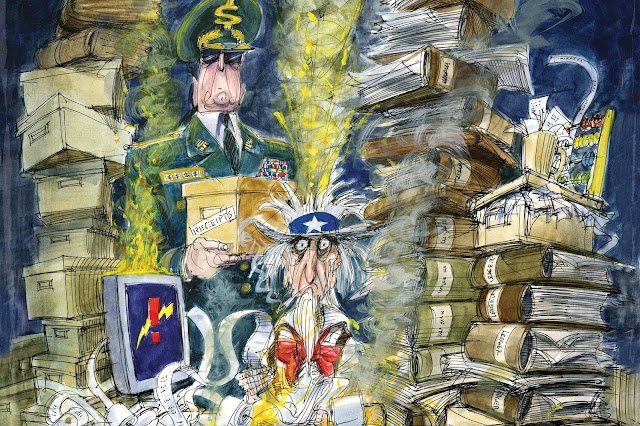 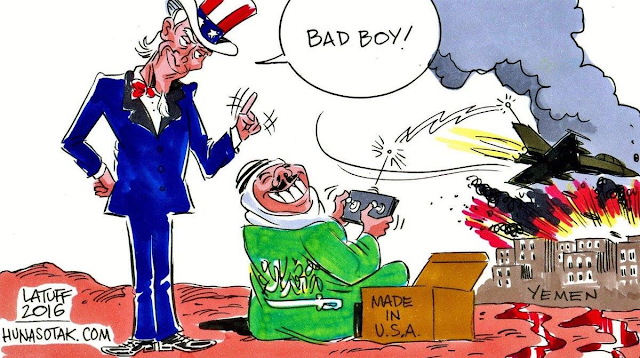 Posted by Jana Segal at 9:31 AM No comments: 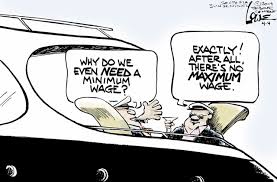 Posted by Jana Segal at 4:49 PM No comments:

Email ThisBlogThis!Share to TwitterShare to FacebookShare to Pinterest
Labels: $15 minimum wage, Raise the Wage Act of 2019 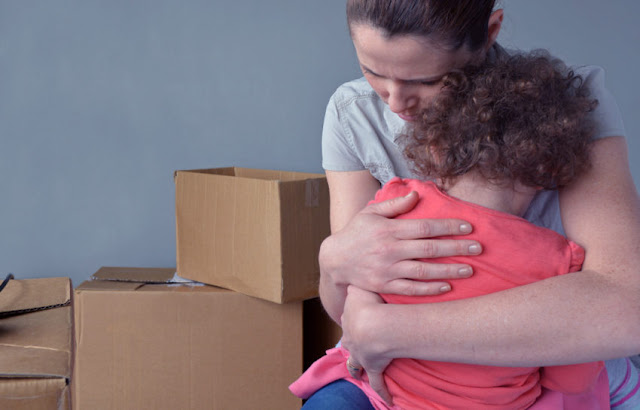 The U.S. Department of Housing and Urban Development (HUD) is considering a proposed rule change that would cut off federal housing assistance for families in which at least one member is not eligible for assistance due to their immigration status. This proposed change would force families to decide between kicking out ineligible relatives or losing out on government support.

More than 100,000 people across the country, including an estimated 55,000 children who are legal residents and citizens, could be evicted if the HUD rule change is implemented.(1) That’s why we need you to join us in speaking up against this obvious and despicable attack against immigrants.

Although the proposed rule change hasn’t gone into effect just yet, many families are already fearful of the potential impacts. About one hundred families -- many with children -- currently living in the San Fernando Gardens complex in Pacoima, California are at risk of being evicted and becoming homeless should the rule change go through.(6) And that’s just one apartment complex. Thousands more families will be affected if HUD has its way. That’s why we need to make our voices heard to let HUD know that we won’t stand for this.

Tell HUD you oppose kicking families out of their homes. (Click on this link.)

Deadline for Public Comments is July 9, 2019

Some points you can mention in your comment to HUD:
- Courage Campaign

Proposed Rule Could Evict 55000 Children From Subsidized Housing
Posted by Jana Segal at 3:35 PM No comments:

Tell the Senate: Support the "Save the Internet Act" to restore net neutrality.