Working people deserve to be able to organize themselves to demand living wages and healthy working conditions. In a time when the richest Americans' wealth growth has increased by over 200% while wages remain stagnant for the rest of us, we need our lawmakers to protect workers’ rights.(1) 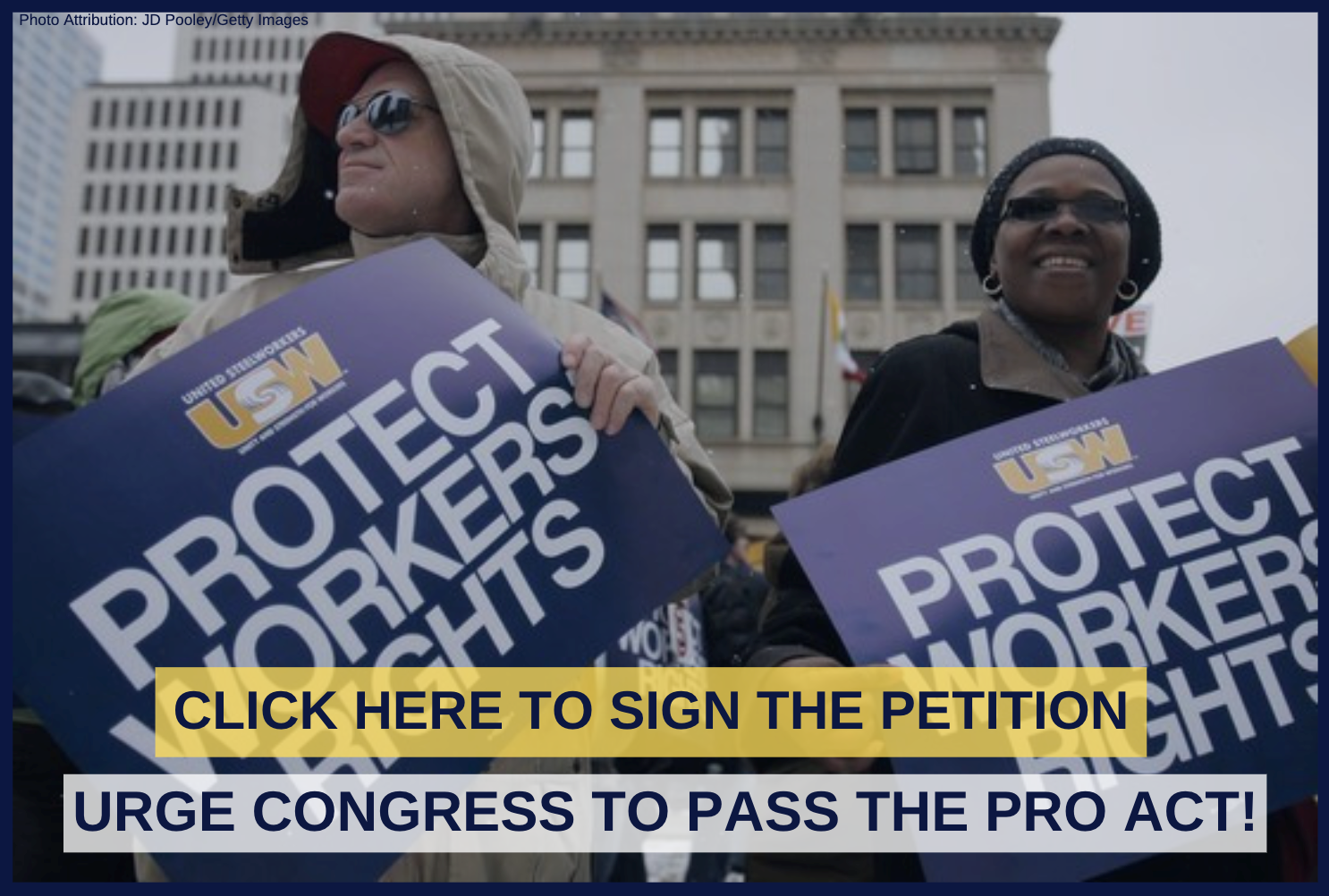 Currently, there’s no financial penalty for employers who illegally fire workers who are trying to unionize.(2) In response, Rep. Bobby Scott and Senator Patty Murray introduced the Protecting the Right to Organize (PRO) Act in Congress to protect millions of working people across the country.

This important pro-worker legislation is facing an uphill battle in Congress, and we and our partners need your help to get it passed.

Sign the petition: Urge Congress to provide millions of workers with organizing protections.

The PRO Act would enact the strongest workers’ rights laws since Congress gave U.S. workers the right to unionize in 1935. That’s why big corporations are lobbying to defeat this crucial bill, while the U.S. Chamber of Commerce’s Labor Policy Director called it “the single biggest threat” to the interests of the largest corporations, even though it simply provides the most basic of protections for workers.(3)

The PRO Act would:
Corporations are fighting tooth-and-nail to stop this bill because they know that if working Americans unite, corporations would start being held accountable for their abuses. It’s going to take immense people power to get the PRO Act passed, but if enough of us stand up we can prove that the people are watching and will ensure that our voices are heard and our rights affirmed. Join us in the fight to protect workers’ rights and stand up to big corporations.