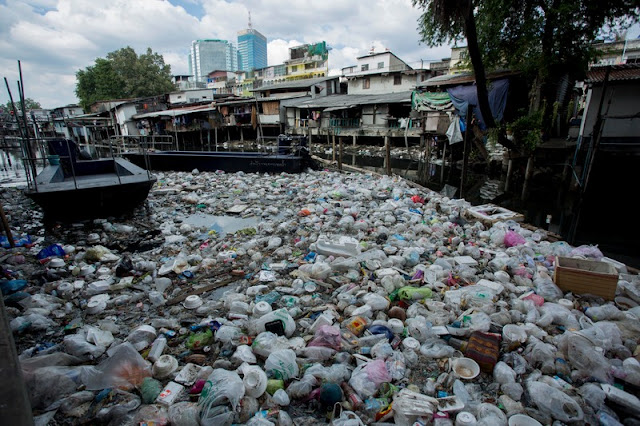 Corporations have created a plastic monster that is destroying the planet. Over 90% of the plastics ever produced have not been recycled, yet corporations have plans to dramatically increase their production of plastic packaging. By 2050, it is predicted that there will be 12 billion tonnes of plastic waste in natural environments.
People living along rivers and coastlines in Southeast Asia and in other communities around the world are among the most impacted by plastic pollution—and they are often the ones blamed for the plastic pollution crisis even though they did not create the problem!
More than 3 million people around the world have joined Greenpeace to urge companies to stop polluting our planet with throwaway plastic. And it’s working. Because of mounting pressure from people like you, corporations are finally starting to admit that they are part of the problem, and they are talking about solutions. But we don’t need more talking—we need concrete, urgent action to stop plastic pollution at the source!
Tell Nestle, Unilever, Coca-Cola, PepsiCo., Colgate, Danone, Johnson & Johnson, and Mars to be transparent about exactly how much plastic packaging they are producing and make concrete plans to reduce that amount. It is time for these corporations to invest in alternative ways to deliver their products to us and phase out single-use plastic! These companies have created a monster, and we are not willing to allow the plastic monster to grow any more. We need concrete plans for reduction, and we need them now!
Add your name to ask the CEOs of these companies to do their part to end the plastic pollution crisis by making concrete plans to reduce the amount of plastic packaging they are producing!

Make concrete plans to reduce your plastic footprint now! I urge you to work with Greenpeace and develop concrete plans to phase out single-use plastic packaging and invest in alternative ways to deliver your products that will not endanger our oceans or communities around the world. Slay the plastic monster you have created!
Posted by Jana Segal at 7:30 PM