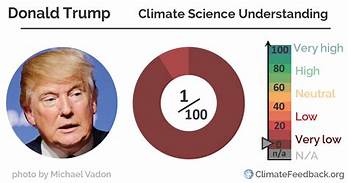 Key federal agencies released a damning new scientific climate change report last week (yes, on Black Friday), and it lays out the truth in stark terms: Climate change is a clear and present danger to the American people, it’s getting worse, and its impacts on our country will be more and more devastating — but there’s still time to stop its most extreme effects, if we take drastic action now.
Yet even as his own scientists ring the alarm bells, President Trump is doubling down on his dangerous rollback agenda and climate change denial. Tell him he must confront this threat and lead the U.S. to the clean energy future we need — or face certain climate catastrophe.
Click here to send the following message to the President:
(Consider adding a personal comment for more impact.)
Dear President Trump,
Your own administration's scientists recently released the Fourth National Climate Assessment, and its conclusions couldn't be clearer: Climate change caused by fossil fuels will only get worse, and the suffering of millions of Americans impacted this year by extreme flooding, devastating hurricanes, and deadly wildfires is a mere preview of the environmental crises our country will face if we continue to do nothing about it.
As president of the United States, you are responsible for safeguarding the health and well-being of the American people. It's your duty to confront -- not deny -- this growing threat to our environment, and our nation's future. I demand that you take immediate action to drastically reduce the carbon pollution that is fueling dangerous climate change -- and lead the U.S. to the clean energy future we need in order to avert climate catastrophe.
Posted by Jana Segal at 11:38 AM