Turn up the heat on Albertsons! Tell them to end throwaway plastic! 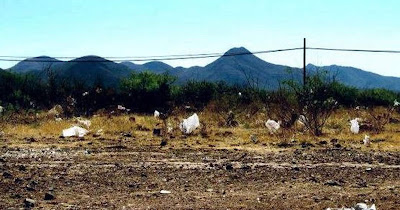 The plastic-free movement is gaining momentum!   Nearly two and a half million people around the globe have joined you in telling corporations to stop producing throwaway plastic.

The millions of metric tons of plastic that enter our ocean each year are enough to cover every foot of coastline in the world!1 And that’s just a fraction of the total plastic production — which is set to dramatically increase if we don’t demand change now!

Sign our joint petition: Urge Albertsons to eliminate single-use plastics in its stores!

Our message to Albertsons is simple, but powerful: plastic bags are used for just a few minutes, but pollute our environment, wildlife, and oceans for a lifetime. Recycling alone will never be enough to solve the plastic pollution crisis — we need Albertsons and other companies to stop forcing plastic onto consumers like you and me. Albertsons can follow Kroger's lead by banning single-use plastic bags, but must go even further and commit to phasing out all single-use plastics in its stores nationwide!

Over the last several months, we have seen a surge of awareness about the impacts of throwaway plastic. Every week there are announcements from airlines, universities, towns, and even whole countries committing to phasing out single-use plastics. Change is possible, and it’s happening before our very eyes. This is why it’s so important to keep the momentum going and call on Albertsons to join the growing trend.

Tell Albertsons to be on the right side of change and demand it joins Kroger in phasing-out plastic bags!

Sign this petition: Urge Albertsons to eliminate single-use plastics in its stores!

Please, consider adding a paragraph explaining how one use plastic effects you and your town. That way your comment won't be disregarded as a form letter.

Here is the personal message I added - to be considered an example.


I live in Tucson. Arizona. We are a tourist town. But how can we continue to attract tourists if ugly plastic trash lines our city streets? Now China has refused to take our recyclables. One of the reasons is because plastic grocery bags get caught in their machines - making it too costly. Our recycling company wants to cut back our service because of the cost. (2)


Please, take steps to educate your customers about one use plastic and eventually phase them out.

#nosingleuseplastic
Posted by Jana Segal at 9:18 AM