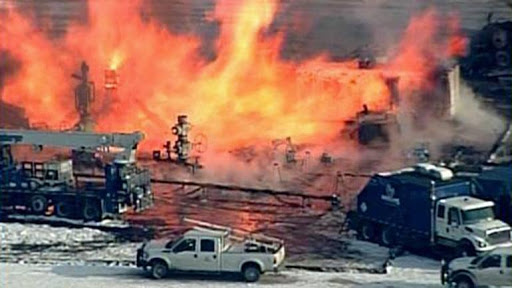 Please tell your senators and your representative that you support a nationwide fracking ban. Use the text below, and please personalize it. Adding just a few lines about who you are and why you care will make your message much more impactful.

Also, if you are represented by any of the bill’s sponsors, I encourage you to thank them. In the Senate, that's Senator Sanders (VT) and Senator Merkley (OR). In the House, it's Representative Ocasio-Cortez (NY) and Representative Soto (FL).

Click here to send the following message to your Members of Congress:

Subject: Support a ban on fracking for oil and natural gas

I strongly urge you to support the just-introduced legislation for a nationwide ban on hydraulic fracturing (fracking) for oil and natural gas, S.3247. (The accompanying House version is expected shortly.)

A nationwide fracking ban would be invaluable for human health.  racking contaminates huge amounts of water and pollutes the air, exposing local communities to chemicals known to be toxic to humans and animals.  Scientific studies have documented serious health impacts among people who live near active fracking sites, including increased rates of hospitalization for cardiac, neurological, urological and cancer-related issues, as well as premature birth, low birth weight and congenital heart defects in babies. Recent investigations have even documented that fracking wastewater can be radioactive, especially in the Marcellus Shale.

While the danger is most immediate for people who live close to fracking sites, all of us are harmed, because when fracked gas leaks into the atmosphere, it accelerates climate change. As I'm sure you know, climate change contributes to health- and life-endangering heat waves, extreme weather, storms, flooding, expanded disease ranges, and more.

As your constituent, I call on you to support the proposed ban on fracking nationwide.