Recently, a group of us from Sustainable Tucson's Environmental Advocacy Group met for an educational meeting with Rep. Ann Kirkpatrick. Thanks to Ron Barber for setting that up!


In another blog, I wrote about how that meeting went and the topics that were discussed.  I thought I would go ahead and share my presentation on water issues with you too - because it is so important and timely.  Be assured, I left a copy of my presentation with Rep. Kirkpatrick and her staff!  A special thanks goes out to hydrologist Thomas Meixner for making these issues so easy to understand and present.

I urge you to contact your Members of Congress to support these proposals too.

First, I went over the importance of the Cienega Watershed in Rep. Kirkpatrick’s district. Then I spoke about codifying the Waters of the U.S. Rule into law, and finally overturning of the 1872 Mining Law that defines hardrock mineral extraction as the “highest and best” use of most public lands.

It is important to preserve the Cienega Watershed because it includes five of the rarest habitat types in the American Southwest:

Cienega Creek is one of the few remaining perennial streams in Arizona, providing:

Waters of the US Rule

The 2015 Waters of the US Rule extended the Clean Water Act to protect tributaries that feed navigable rivers. All of these waterways are connected. If you aren’t protecting the streams, you aren't protecting the bigger rivers.

The EPA and the Army Corps of Engineers are implementing Executive Order 13778 which directs federal agencies to rescind the Waters of the U.S. which included rivers that don't flow year around. Tucsonans rely on both surface water and groundwater derived by infiltration or runoff, as well as Colorado River water. History has shown that pollutants entering dry riverbeds can contaminate our drinking water. Changes in standards for the Clean Water Act would be particularly consequential in Arizona. While other states have the authority to protect the quality of streams not subject to the Clean Water Act's jurisdiction, Arizona does NOT. In Arizona, state legislation forbids state agencies from exceeding the federal regulatory framework.  Therefore, any reduction in scope of federal jurisdiction may have the effect of exempting certain areas from water quality protections at the state level.

EPA data showed that 94 percent of streams in Arizona were protected by the Waters of the U.S. rule.  These streams are small but they feed into the Gila and Santa Cruz rivers.

If the protections of the Clean Water Act are reduced to perennial waters, the vast majority of Arizona's streams will have no water quality protections at all. Essentially pollution becomes legal unless the state steps in. The state means the Arizona Department of Environmental Quality - which advertises that it sped up the permitting process for businesses and reduced "burdensome" laws and regulations - 48 of them.

The Waters of the US Rule affects most of Tucson’s rivers (because most are not perennial). For example, without the Waters of the US rule, there is little to stop the operators of the Rosemont mine from dumping tailings and other pollutants into Davidson Canyon where they eventually would make their way into Cienega Creek and Tucson’s water supply. The Waters of the U.S. rule needs to be codified into law rather than being an EPA rule that any acting president can change at will.

Another needed protection is the overturning of the 1872 Mining Law that defines hardrock mineral extraction as the “highest and best” use of most public lands, tying the hands of federal and local governments when U.S. or foreign mining interests want to mine our public lands.

The federal government treats mining as a right on public lands - one that trumps other uses. That means they allow mining even if it threatens special places such as Grand Canyon or pollutes important water sources such as the Colorado River. According to the U.S. Environmental Protection Agency hardrock mining is the number one polluter in the country and has contaminated the headwaters of 40 percent of our western watersheds. It allows mining interests to take hardrock minerals such as copper, gold, silver and uranium from our public lands without paying any royalties to the American taxpayer. 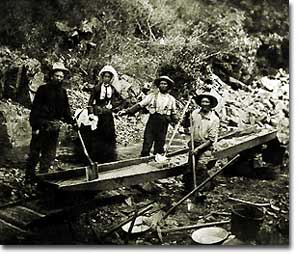 The 1872 Mining Law, signed by President Ulysses S. Grant, was intended to promote settlement of the West.  Written during a time when mining was done with picks and shovels, the 1872 Mining Law does not address the problems created by modern day techniques which have the ability to remove entire mountains. The law does not address or prohibit environmental damage or threats to wildlife and watersheds. It does not provide for adequate reclamation.

It is way past time that we reform this antiquated law and adequately protect national treasures - including the Grand Canyon - important watersheds, wildlife, and the other public assets. We need a law that requires agencies to deny approval of a mining operation if it will harm human health, wildlife habitat, water resources, or sensitive lands. It should eliminate patenting of land, provide royalties to the taxpayers, and include strong reclamation standards.

Please, join me in requesting that Rep. Kirkpatrick propose codifying the Waters of the U.S. Rule into law, and overturn the 1872 Mining Law.
Posted by Jana Segal at 4:06 PM