Our Meeting with Rep. Ann Kirkpatrick Gives Me Hope

As the leader of Sustainable Tucson's Environmental Advocacy Group, I arranged for speakers for an environmental education meeting with Rep. Ann Kirkpatrick, District Director Ron Barber, and District Outreach Director Billy Kovaks. I was really pleased by how well the meeting went. Rep. Kirkpatrick was impressed by the quality of the research we did on our presentations. Some of that research pertained particularly to her district. 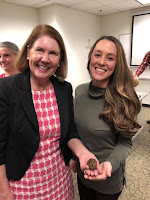 I feel we made a nice connection with her. Especially Lindsay Sweet. Lindsay's presentation showed the importance of sharing personal stories to connect with your reps. Ann just perked up when Lindsay expressed how she had grown to love the desert since relocating to Tucson and shared a touching experience she had as a park ranger at Yosemite. She presented Ann with a pine cone (that Ann promised to keep on her desk in Washington to remind her of the importance of protecting public lands.)

Rep. Kirkpatrick assured us that Arizona Democrats are committed to fighting climate change. She even plans to form an environmental committee. I'm proud to say that we were an initial step in that process. While she admitted that it was an uphill battle with the current administration, her sincerity and commitment to environmental issues gives me hope! 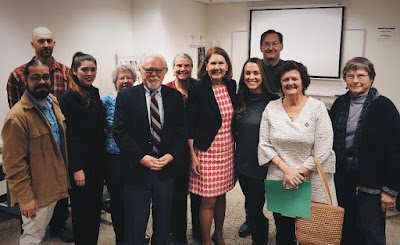 Our Environmental Advocacy Education Team spoke on the following issues.

Lindsay Sweet (Yosemite Park Ranger) As a representative of Sustainable Tucson, Lindsay expressed her views on the importance of public land and the negative impact of downsizing it.

Dan Millis (Sierra Club, Rincon Chapter) presented a slide show that confirmed that walls have been funded and are under construction. And there are no fences on the border only vehicle barriers and metal walls. His photos clearly showed that the vehicle barriers don't stop or hurt wildlife, but the walls do. 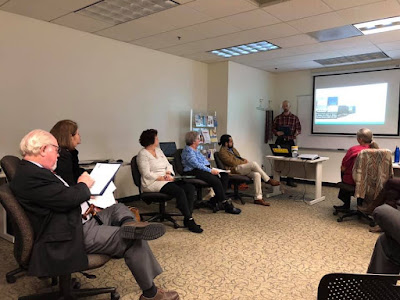 Paula Schlusberg (Founding member of Sustainable Tucson) discussed the problem of aging housing in Tucson and the need for funding to retrofit them.

Jana Segal-Stormont (Sustainable Tucson core team, Climate Reality Leader) discussed water issues related to Tucson and CD2:  Cienega Watershed in Rep. Kirkpatrick’s district, codifying Waters of the U.S. Rule into law, and overturning the 1872 Mining Law that defines hardrock mineral extraction as the “highest and best” use of most public lands. (Rep. Kirkpatrick had already expressed her commitment to fighting the Rosemont Mine.) Read the entire water presentation here.

I'm thankful to my Representative, Ann Kirkpatrick, for meeting with us and her sincere desire to learn more about the issues that concern Sustainable Tucson.

Some Members of Congress are proposing a Green New Deal.  Find out more information on how to show your support here: