The Trump administration approved the presidential permit for the Keystone XL pipeline. Fight back! 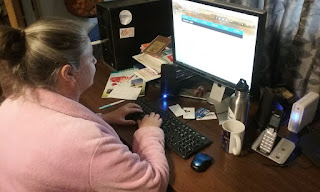 The Trump administration approved the presidential permit for the Keystone XL pipeline and reversed the decision of the Obama administration. The decision isn’t shocking. It’s just another step Trump and his billionaire cabinet have taken to line the pockets of Big Oil at the expense of communities.

The good news is this fight is far from over and we can win. TransCanada, the company behind the Keystone XL pipeline, must still get approval to route the pipeline through Nebraska and the Nebraska Public Service Commission (PSC) is taking public comments now.

This pipeline is bigger than Trump. It’s about the Native Nations whose land and water are threatened, the farmers and ranchers whose land would be taken away to benefit a corporation, and the special places -- like the Nebraska Sandhills which are home to to threatened wildlife, including whooping cranes, sandhill cranes, and bald eagles -- that lie in the path of this dirty pipeline. We will not let this pipeline be constructed -- we will continue to fight alongside our allies to stop Keystone XL.

We can fight back against the Trump administration by urging the Nebraska PSC to block the Keystone XL pipeline once and for all.