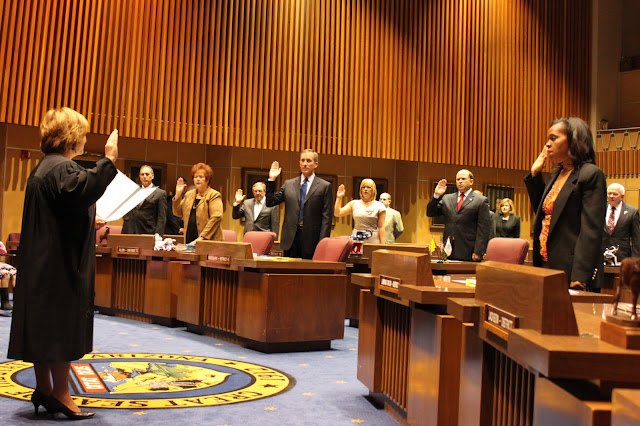 Over the past two decades, Arizona legislators have run measures each session aimed at decimating our state’s citizen initiative and referendum process. These bills not only dismantle citizens’ rights, but they can potentially harm animals, including wildlife, and parks and natural areas on a large scale.

Arizona’s ballot measure process is a constitutional right enacted at statehood in 1912. One of our founders’ biggest concerns was the right to pass laws through citizens' initiatives. (The first citizen initiative passed in Arizona recognized women’s right to vote.)

SCR1020 initiatives; public safety; health; amendments, This bill is yet another attempt to take away the power of the citizens' initiative that is a hallmark of the Arizona Constitution. If passed, SCR1020 would allow the legislature to replace an approved citizens' initiative with new legislation after one year. The only requirement is that the initiative be related to public health or safety. The replacement legislation would only require a simple majority of both houses and would not have to be a furtherance of the original legislation. It would allow the Legislature to defund or eviscerate important public health and safety measures, including those related to environmental protection. In other words, if a citizens initiative required the state of Arizona to move to 100% renewable energy by 2050, the legislature could replace that initiative a year later, by a simple majority, with new legislation removing the requirement to move to renewable energy and could even replace it with a new statute mandating coal mining and fracking.

Ask Your Senator to Protect Direct Democracy and vote NO on SCR1020 using the take action button below! Or you can contact your Senator directly.

To find out what district you belong use the district locator:

Look up your Senator and their contact information on the member roster here: