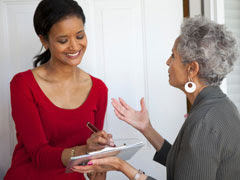 Tomorrow both chambers are really amping up their wars on democracy.

The Arizona Legislature is about to vote on a series of extreme measures that would make grassroots ballot initiatives almost impossible.   It's all expected to happen at 10 am tomorrow.

These bills, SB1451 and SCR1023/HCR2005, would hugely increase the cost & difficulty of the initiative process, and would essentially give the residents of any legislative district in Arizona the ability to veto an initiative before it even got to the ballot.

Politicians may not always agree with voters. But that doesn't mean they should attack our constitutional right to participate in direct democracy and make our voices heard.

Protect your rights! Make a quick call to your state legislators now and tell them to vote NO on any bills that interfere with the ballot initiative process.

SCR1023 and HCR2005, the bills requiring initiatives to get a certain number of signatures from EVERY legislative district, will be debated on the Senate & House floor tomorrow. These bills would be referred to the ballot for voter’s approval in 2020 – and would be the ballot measure to end all ballot measures. The requirements laid out in both bills represent the MOST EXTREME HURDLE of its kind anywhere in the country. By doing so, this would make it easier to get something on the ballot in Scottsdale than in Maryvale – rather than treating voters equally.

SB1451, stricter requirements for initiatives, is ALSO going to be debated on the House floor.

And as if that wasn’t enough – so is HB2616, the bill that would criminalize voter registration volunteers.

IF YOU CAN DRIVE CALLS TO YOUR LEGISLATORS, PLEASE DO and ask them to VOTE NO on ALL of the above bills. Find your legislator and a convenient call script HERE.

My name is [your name] and I am a voter in your district. I am calling to ask you to vote NO on SB1451 and SCR1023/HCR2005, which would make grassroots ballot initiatives almost impossible.

- Arizona Advocacy Network and Foundation
http://www.azadvocacy.org/
Posted by Jana Segal at 11:50 AM