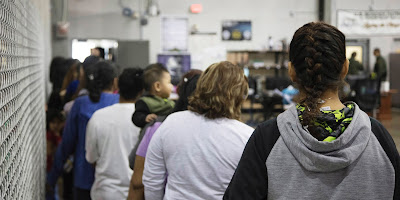 Yesterday, thanks to public pressure from hundreds of thousands across the country -- including thousands of Courage members like you -- the Trump administration has been forced to shift its inhumane child separation program. Trump's executive order doesn't mean the cruelty stops, it just means families will now be jailed together INDEFINITELY -- with no real solution or response to the thousands of children who have already been separated.
All the while, Congress still plans to use these families as bargaining chips to pass two anti-immigration proposals by Speaker Paul Ryan and Rep. Bob Goodlatte TODAY! Both of these bills fail to bring separated families back together, and could actually lead to more children living in jails.(1)


Now it's time to turn up the pressure.
We need to make sure our elected representatives hear us loud and clear: Congress must take meaningful action to stop these awful anti-immigrant bills, and not blow up the immigration system, as the Ryan and Goodlatte proposals would. Can you call your representative, Martha McSally, and tell them to vote NO on the Ryan and Goodlatte immigration bills?
Call 1-844-336-0046 and tell Rep. Martha McSally to vote NO on Ryan and Goodlatte immigration bills.
Tucson Office: (520) 881-3588
Here's a call script that you can use as guidance when you get on the phone with the representative:
"Hi, my name is __________ and I live in Tucson. I'm calling to ask you to vote NO on the Border Security and Immigration Reform Act of 2018 by Speaker Paul Ryan, and to vote NO on the Securing America’s Future Act by Rep. Bob Goodlatte. These bills do nothing to address the crisis at the border, and they go against American values. Thank you." 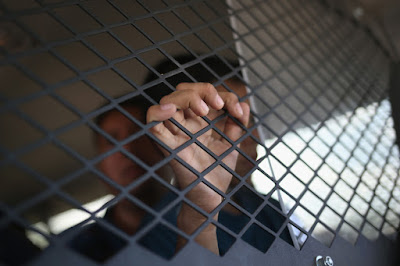 Up until today, immigration agents have snatched over 11,000 children from their parents this year -- even those asking for political asylum after escaping horrible human rights abuses.(2)
Trump and the Republican leadership are still using these children as leverage to force Democrats and moderate Republicans to support two GOP immigration bills by Speaker Paul Ryan and Rep. Bob Goodlatte up for a vote as early as TODAY. If they pass, it will basically end immigration as we know it -- and will do almost nothing to reunite the children that have been stripped from their parents' arms.
Call 1-844-336-0046 and tell Rep. Martha McSally to vote NO on the Ryan and Goodlatte immigration bills.
- the Courage team
Footnotes:
1. https://www.vox.com/policy-and-politics/2018/6/18/17467624/immigration-bill-congress-2018
2. https://abcnews.go.com/Politics/shelters-undocumented-children-nearing-capacity-trump-immigration-policy/story?id=55882840
3.The House GOP says their new bill bans separating families at the border. That's a lie., Vox, June 15, 2018
4. Ibid
5.  The 4 Worst Parts of the Securing America's Future Act, Center for American Progress, June 7, 2018
More information: