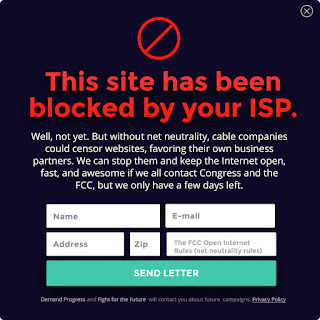 I wanted to make sure you saw that we have a huge chance to to save net neutrality. If we act now, there is still time to protect the free and open internet.

Last week, the Federal Communication Commission’s repeal of net neutrality took effect. Yeah — it’s bad. But here’s the good news: Thanks to your activism, we have a real shot to keep the internet open for activism by restoring net neutrality.

Last month, we got the Senate to overturn the FCC’s repeal and vote to save net neutrality by flooding the Senate with millions of calls and emails from constituents like you. And together, we won an against-the-odds bipartisan victory using an unprecedented tactic called a discharge petition to bring back the open internet.

Now, we need to force the House to pass the same kind of resolution to save net neutrality. So we need to drive a huge wave of grassroots pressure just like we did in the Senate. And with net neutrality rules officially lapsed, we’ve got no time to lose. That’s where you come in.

Tell the House of Representatives: Follow the Senate’s lead and sign the discharge petition to restore net neutrality! 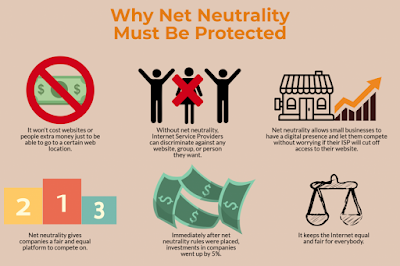 As of now, AT&T, Verizon, and Comcast are allowed to create fast and slow lanes on the internet to drown out our voices.

We don’t know when they’ll act — but we sure know it’s coming. And we’ve got to stop it.

Our movement for peace doesn’t have fistfuls of cash to pour into lobbying Congress, like the giant defense contractors do. Instead, we have people power to drive relentless grassroots pressure on Congress. And thanks to net neutrality, our people power is strong enough to go toe-to-toe with the defense lobby — and win.

But now, the net neutrality rules that keep our voices loud and clear are over. And if we don’t step in, our grassroots power for peace could be throttled, too.


Please call Congress and tell your lawmakers to overturn the FCC and restore net neutrality:

You'll be connected to your lawmakers. You can use this script — just introduce yourself, be polite, and say:

"I support Title Two net neutrality and I urge you to sign the discharge petition and vote for the Congressional Review Act ‘resolution of disapproval’ to restore net neutrality."

The FCC plans to repeal net neutrality this week — and it could ruin the internet
Posted by Jana Segal at 9:27 AM