Save the Alaskan Wilderness: Urge the Army Corps to Reject the Permit for Pebble Mine

We're closer than ever to stopping the Pebble Mine, the catastrophic gold and copper mega-mine that could destroy Alaska's Bristol Bay wilderness for decades to come.

As we reported a few weeks back, Canadian mining company First Quantum Minerals just walked away from its planned investment in the Pebble Mine, thanks to opposition from Bristol Bay leaders and hundreds of thousands of activists like you.

Northern Dynasty Minerals — the company behind the mega-mine — is now running low on cash and unable to prove the economic viability of its mine plan, yet it is barreling ahead with the permitting process. So, now we must mobilize as much public pressure as possible on the U.S. Army Corps of Engineers to suspend — and ultimately reject — the project's permit, closing the door on this reckless scheme once and for all.

The Army Corps of Engineers is accepting public comments until June 29, so it's critical that they hear from you immediately.

Tell the Army Corps that you oppose the Pebble Mine — and urge them to suspend and reject the permit for this disastrous mega-mine. 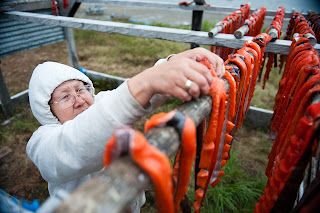 The Pebble Mine could produce billions of tons of mining waste and completely devastate Alaska's Bristol Bay wilderness, its world-renowned salmon runs and wildlife, and its Native communities.

Despite the risks to the world's greatest wild salmon fishery, Northern Dynasty submitted an incomplete permit application that lacks either the scientific or economic support for its plans.

Worse, the company is now scheming to make the mine even bigger — without submitting any supporting documents to the Army Corps.

Tell the Army Corps to immediately suspend the mine's permitting process.
The agency is currently rushing to complete the permitting process in less time than any other large-scale development project in Alaska. And to make matters worse, they're not giving potentially impacted communities and businesses the opportunity to voice their concerns at public hearings as part of the process.

The Pebble Mine is the largest and most contentious mine ever proposed in Alaska.The Army Corps must take the time to properly assess the social, environmental, and economic impacts that this mega-mine could have on Alaskan communities and American businesses.

Tell the Army Corps to stop the Pebble Mine and save Alaska's Bristol Bay wilderness.

The Pebble Mine is opposed by 65 percent of Alaskans and 80 percent of people from Bristol Bay, including tribes, business leaders, commercial fishermen, and native village corporations.

And three of the largest mining companies in the world — Mitsubishi Corporation, Anglo American, and Rio Tinto — have already abandoned the project. Now First Quantum Minerals has joined that list.

So, it's time for the Army Corps to heed all of these voices — and reject the permit for the Pebble Mine.

Add your voice today: Submit your public comment to the Army Corps before June 29.

#SAVEBRISTOLBAY
Posted by Jana Segal at 8:42 AM