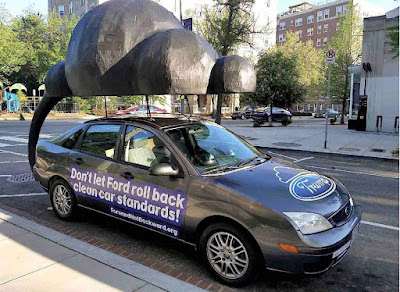 The Trump administration’s assault on climate action continues. Now, fuel-efficiency standards for cars are on the chopping block.

Major automakers once stood by cleaner car standards. Back then, executives at Ford were voicing their support for the fuel economy standards on vehicles that would greatly reduce greenhouse gas emissions.

But since then they’ve changed their tune. Just days after the inauguration of Donald Trump, Ford started lobbying to roll back these critical standards, siding with Big Oil instead of focusing on the urgent need to protect our climate and communities. 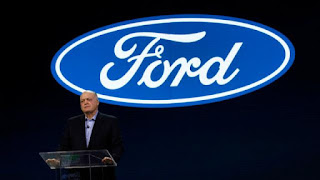 Ford is part of the Alliance of Auto Manufacturers, a powerful trade group which has used climate denial to lobby against the standards. And, this year Ford showed their true colors yet again, announcing that the company would be dropping more-efficient cars from their lineup, opting instead to produce more gas-guzzling trucks and SUVs.

Since big car companies rely on consumers and maintaining their brands, a massive public backlash will have an impact. That’s why we’re joining together with our allies at the Sierra Club, Rainforest Action Network, and others with a joint petition to put pressure on Ford.

Rolling back the rules that reduce pollution from cars and trucks just sets us further backwards, and means more communities dealing with the extraction of oil and up to 280 million more metric tons of CO2 emissions by 2030.

Add your name to tell Ford that we demand stronger clean car standards — not a rollback!

NOTE:  Like many, we're appalled at the actions of the Trump administration to separate families at the border. Join one of the actions being planned across the country today — and in the days ahead — to stand up to these inhumane acts here: familiesbelongtogether.org