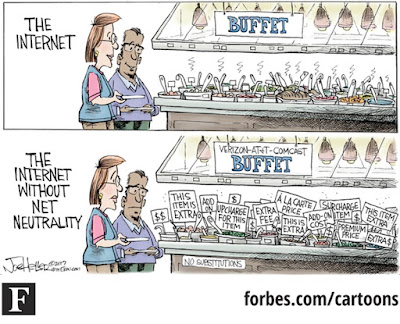 You may not notice any changes immediately. We don't know exactly when or how AT&T, Verizon, and Comcast will start throttling speeds and creating fast and slow lanes on the internet.

But we know it's coming. And that's why we need to force the House to save net neutrality.

Thanks to activists like you, a bipartisan majority of senators voted to overturn the FCC and save net neutrality.

Now the fight is in the House, where we are gaining more support for the CRA resolution by the day. But we still need dozens more reps to sign a discharge petition to force a floor vote.

The pundits and Big Cable lobbyists said we could never win the CRA resolution in the Senate. 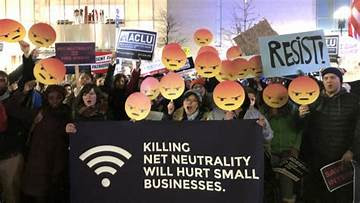 We flooded the Senate with millions of calls and emails from constituents -- and we got all 49 members of the Democratic caucus, along with three Republicans, to pass the CRA. It’s going to be an uphill climb, but if we make sure our representatives hear us loud and clear, we can win in the House too.

86% of Americans oppose the repeal net neutrality, including a huge majority of Republicans. With multiple Senate Republicans voting to overturn the FCC, we have a strong shot of winning the House if we get the support of all Democrats and about two dozen Republicans.

We proved the pundits wrong once, and will prove them wrong again. But we need to raise our voices and make sure every representative knows you expect them to stand on the side of Team Internet, and not Team Cable.

Tell the House: Sign the discharge petition and bring the CRA resolution to the floor for a vote today!


Please call Congress and tell your lawmakers to overturn the FCC and restore net neutrality:

We’ll connect you to your lawmakers. You can use this script — just introduce yourself, be polite, and say:

"I support Title Two net neutrality and I urge you to sign the discharge petition and vote for the Congressional Review Act ‘resolution of disapproval’ to restore net neutrality."
Posted by Jana Segal at 4:38 PM