Save the last orcas! Tell the world’s largest banks not to fund pipelines 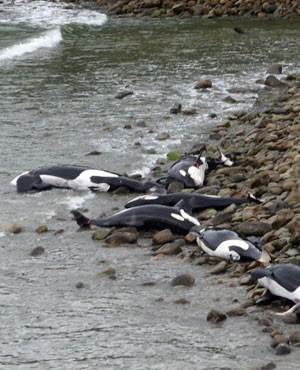 There are now just 75 Southern Resident Orcas left in the wild.

These distinct endangered orcas are already on the brink, yet they’re facing another threat: the Trans Mountain pipeline expansion.2

Today, barely a week after it was announced that one of the last remaining Southern Resident Orcas is presumed dead, Greenpeace USA released a new report documenting the communities, marine life, and about $62.4 billion in economic activity that are under threat from the increased tar sands tanker traffic the Trans Mountain Expansion Project would bring to the Pacific Coast.3

We released our new report from the Greenpeace ship the Arctic Sunrise as we travel the tanker route in the Salish Sea. These waters and the entire West Coast could see a seven-fold increase in tar sands tanker traffic if the project is built, creating a tar sands tanker superhighway and making a tar sands oil spill virtually inevitable. Even if these tankers never spill, the noise of the tanker superhighway alone could push the Southern Resident orcas to extinction.

This noise pollution and potential for spills further put these endangered orcas at the brink of extinction. Learn more about orcas and how we can save them in our new video!

And it’s not just the orcas that are at risk. The climate, the water, and Indigenous rights are also at stake. This pipeline expansion does not have the consent of many of the First Nations whose land this pipeline crosses and whose waters would be impacted by this project.

Thanks to public pressure, HSBC has scaled back financing for tar sands projects. Together, we’ve made this bank and others aware of just how risky these pipelines projects are — for all of us.

If there’s a spill, miles of beaches could be destroyed, including so many spectacular creatures, like orcas, whales and the world’s largest species of octopus. It’s too much of a risk to take.

Right now, I‘m on the Greenpeace ship Arctic Sunrise in the Pacific Northwest. We’re here to support the massive, Indigenous-led resistance to pipeline projects and the horrifying tactics of some of the companies that build them — like Energy Transfer Partners (ETP), whose private security contractors used pepper spray and attack dogs on peaceful Water Protectors and pipeline opponents at Standing Rock.

Together, we need to show ETP that its tactics of intimidation will not work; that new pipelines will not be built; that our Wave of Resistance is unstoppable. 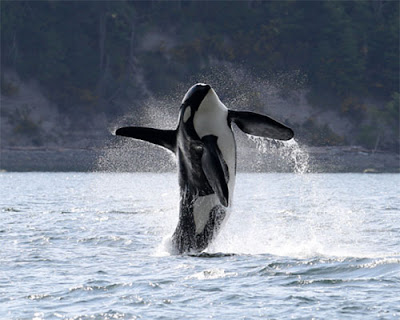 The last thing endangered orcas and the Pacific Northwest needs is new pipelines. Watch our new video about orcas and the Wave of Resistance and share with your friends!