TAKE ACTION! Tell the EPA to drop its rollback of the Mercury and Air Toxics Standards 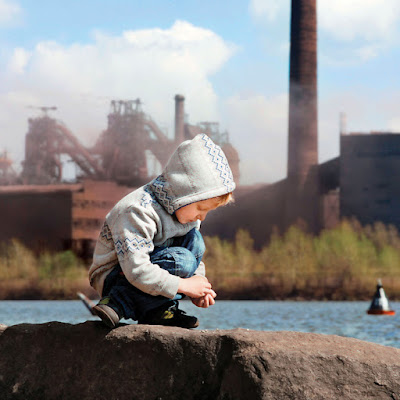 The Trump administration is trying to slash the lifesaving protections that keep neuro-poisons like mercury and arsenic out of our air, water, and food chain.

Under the leadership of former coal lobbyist Andrew Wheeler, the Environmental Protection Agency is making a mockery of its mission to protect public health by moving forward with efforts to gut the Mercury and Air Toxics Standards (MATS). These critical protections are already in place and prevent up to 11,000 premature deaths and 130,000 asthma attacks — annually.

What the Trump administration is doing is reckless and unacceptable. We need you to speak up — alongside business groups, faith and environmental justice leaders, moms, and medical organizations — and call on the administration to halt its plans and keep MATS in place.

Coal-fired power plants are the worst of the worst industrial polluters. Until the MATS rule came on line, coal plants accounted for half of the total man-made emissions of mercury in America and more than half of all arsenic, hydrochloric acid, hydrogen fluoride, and selenium emissions.

It is very troubling to me that the Environmental Protection Agency wants to undermine the Mercury and Air Toxics Standards (MATs). The EPA’s mission is to protect human health and the environment, but this action aims to rollback a rule that prevents up to 11,000 premature deaths, 130,000 asthma attacks, and 5,700 hospital visits annually.

The industry has already complied with the regulation. EPA’s new proposal invites litigation by bad actors – power companies that want to turn off or tear out their controls – to have the MATs rule thrown out. The worst power plants would be allowed to emit more mercury, arsenic, and other toxic pollution. We aren't willing to sacrifice our health so that the coal-fired power industry can rake in higher profits.

Everyone, no matter their zip code, has the right to clean air and healthy environments. Please stop the rollback of the US EPA’s Mercury and Air Toxics Standards (MATS).
Posted by Jana Segal at 6:44 AM