Trump is bragging that no one called to protest his executive order to allow the Dakota Access Pipeline to be rushed through without proper investigation into the environmental impact.

The U.S. Army Corps of Engineers announced its intention to issue a permit for the construction of the Dakota Access Pipeline under Lake Oahe as soon as tomorrow. The Army Corps also stated that it would grant the easement without completing an environmental impact statement (EIS), a process that allows for public input.

I just left a message. 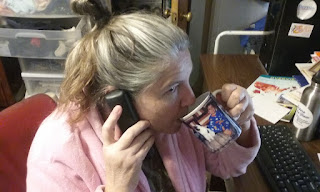