Letter to Sen. Flake about my kids' experience with charter schools. 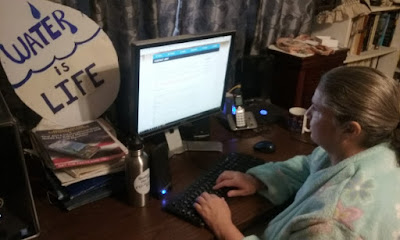 After spending hours signing and sharing petitions, e-mailing and calling Senator Flake's Tucson and Washington offices to PLEAD with him to deny the appointment of Betsy DeVos as Secretary of Education, I was irate to get an e-mail response that included this tweet:

Lest there be any doubt about how I'm voting on @BetsyDeVos she had me at "school choice" years ago...

He had the power to really represent the people and our children. If he had just voted against her, the appointment would not have gone through.

Here is the e-mail I just sent to him - letting him know we are watching him. 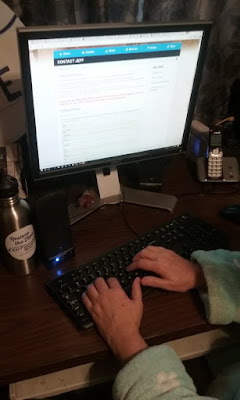 I have two bright boys who have attended both public and charter schools here in Tucson. With Tucson already one of the worst-financed school systems in the U.S., class sizes are so large (even in Kindergarten!) that it is difficult for teachers to keep order. So when Sonoran Science Academy promised smaller class sizes, we transferred to that promising charter school. But charter schools function on a profit-first motive so they eventually let every possible student into their limited space - with inexpensive, inexperienced teachers to instruct them. I later found out that my younger son had taken to wondering the halls to escape the irate, bellowing teacher. My older son, who had received the highest score in the school on the math placement exam, who had been programming computer games since the age of 8, somehow got an F in intro to computer science! I ended up putting my younger child back at his old elementary school - with the stipulation that he be able to take advanced math. After transferring back, the teacher who had agreed to accelerate his math lessons could no longer do it because he was forced to teach two grades in one classroom when a school closed (due to money leaving the public school system to go to charter schools.) My children's' neighborhood elementary school also shut its doors and the students were crammed in with middle school students (at a middle school with a reputation for gang violence). My younger son, who had a gift for math, has now lost all interest in school and is even failing algebra.

That's why I was very disappointed that you didn't listen to me and so many other Arizonans pleading with you to deny the appointment of the inexperienced Betsy DeVos - who will push her agenda of profit-based charter schools at the expense of our public schools and our children. We have got to have someone with experience in education to reform our broken education system. Betsy DeVos is not that person. Education is the future of our country and our children.

Again, I am very disappointed and am watching the decisions you make.