How to deal with Trump

How to deal with Trump

1. Don't use his name;
2. Remember this is a regime and he's not acting alone;
3. Focus on his policies, not his orange-ness and mental state;
4. Keep your message positive; they want the country to be angry and fearful because this is the soil from which their darkest policies will grow;
5. No more helpless/hopeless talk;
6. Support artists and the arts;
7. Be careful not to spread fake news. Check it;
8. Take care of yourselves; and
9. Resist!


Keep demonstrations peaceful. In the words of John Lennon, "When it gets down to having to use violence, then you are playing the system’s game. The establishment will irritate you - pull your beard, flick your face - to make your fight! Because once they’ve got you violent, then they know how to handle you. The only thing they don’t know how to handle is non-violence and humor." 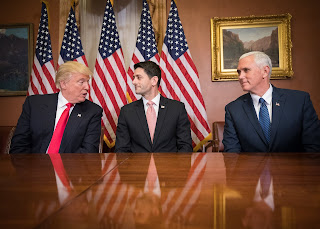 When you post or talk about him, don't assign his actions to him, assign them to "The Republican Administration," or "The Republicans." This will have several effects: the Republican legislators will either have to take responsibility for their association with him or stand up for what some of them don't like; he will not get the focus of attention he craves; Republican representatives will become very concerned about their re-elections.

(Re-posted from facebook. Copy to paste to your own public media wall.)
Posted by Jana Segal at 9:18 AM

Email ThisBlogThis!Share to TwitterShare to FacebookShare to Pinterest
Labels: How to Deal with Trump, John Lennon, Republicans