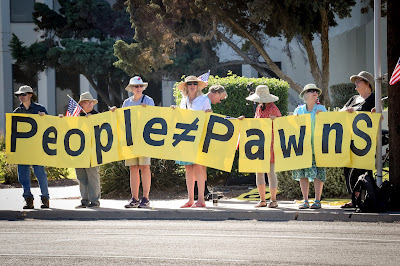 We stand united in demanding the passage of a clean DREAM Act!

Last week Martha McSally unveiled her worst-kept-secret: she's running for Senate. Not so fast, Martha. You're still our representative, and we intend to hold you accountable. We've watched over the past year as her stances on immigration and border policies have morphed into whatever she thinks will get her the Republican nomination for that coveted Senate seat.

We've said it before, and we'll say it again: Dreamers are not pawns, and their right to citizenship cannot be tied to funding for a wall, or increased militarization along the border. While we fight to defend the status of more than 800,000 Dreamers, ALL 11.5 million undocumented immigrants living in the United States deserve protection, and a path to citizenship.

Stand up for our friends, our community, and their DREAMS!

NOTE: If you would like to show support with a phone call to Rep. McSally, you can find a script and numbers by clicking on this link or scrolling down. lol
Posted by Jana Segal at 10:30 AM