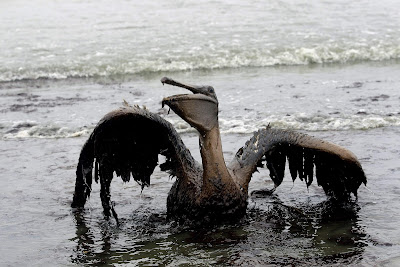 The Trump administration is taking its war on wildlife to the oceans.

In its latest bid to sell out our public resources, the Trump administration recently announced its intentions to expose nearly all U.S. coastal waters to dirty and dangerous oil and gas exploration.

Act Now: Demand that our marine wildlife and oceans be protected from destructive oil and gas drilling.

This administration is blatantly ignoring the lessons of spills like the 2010 Deepwater Horizon catastrophe – and adding insult to injury, this new plan comes just days after a proposal to repeal the offshore drilling safety regulations that were put in place to prevent a disaster like that from ever happening again. 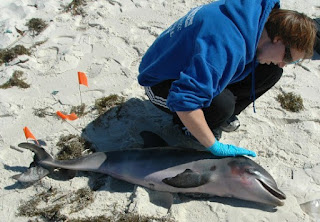 In 2010, the world watched in horror as oil poured into the Gulf of Mexico. Bottlenose dolphins washed up dead on our shores, Kemp’s ridley sea turtles – the world’s most endangered sea turtles – were killed by the thousands and seabirds like laughing gulls sustained losses of nearly 40 percent of their populations.

We can’t let wildlife ever pay that price again.

Drilling in our oceans is a dangerous and dirty business even when there is no major disaster. Seismic blasting can deafen marine mammals like whales and dolphins; small, routine spills poison birds, turtles and other marine life; and undersea pipelines, dumping and drilling infrastructure further contaminate ocean ecosystems.

At a time when our planet needs to reduce its dependence on oil and gas in the face of climate change, the Trump administration is proposing a massive expansion that only increases the risks of climate disasters, contamination and harm to wildlife and coastal communities.

Act Now: Demand that our marine wildlife and oceans be protected from destructive oil and gas drilling.

#savewildlife
Posted by Jana Segal at 10:21 AM