URGENT: We have 24 hours to shutdown Trump's spy program 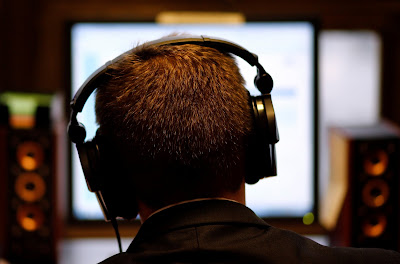 Silencing Black voices through surveillance has been a blatant government tactic for decades -- but tomorrow, the House of Representatives will hold a vote to massively expand Trump's power to silence Black voices. And some Democrats are thinking of voting to give Trump this power.
There’s not a lot of time to fight back. We need to use our voices now and tell Democratic leadership not to turn the internet into a giant spy tool for a white supremacist Trump administration.
Democratic leadership, Rep. Pelosi and Rep. Hoyer, need to get turncoat Democrats in line and close the legal loopholes in the Section 702 surveillance authority. With full Democratic support for the USA Rights Act, we can shutdown Trump's and the FBI's power to spy on us without a warrant.
Tell Democratic leadership to stop this abuse of power: Don’t let Trump spy on us!
Trump and Attorney General Jeff Sessions justify their surveillance efforts under the cloak of “protecting Americans from terrorists” and now, they're using the newly made-up ‘Black Identity Extremists’ classification to treat Black activists and organizers like threats. They have deemed Black activists criminals for having the audacity to protest police violence and demanding an end to the deaths of Black lives at the hands of the police. With the power of an unchecked Section 702 and the 'Black Identity Extremism' classification, the FBI and Trump will have unprecedented ability to monitor and harass Black communities that oppose them.
But if Democrats get behind the USA Rights Act tomorrow - we can cut off a powerful surveillance tool that allows Trump and the FBI to treat our communities like criminals and threats.
Tell Democrats that NOW is the time to put an end to the reauthorization of Section 702 and support the USA Rights Act -- the privacy and safety of our communities are at stake.
The USA Rights Act, a bi-partisan bill introduced to rein in the runaway surveillance of Section 702 would defend our rights by:
Being Black and exercising our right to protest are not crimes, let alone activities that justify being monitored or repressed by counterterrorism spy programs. Rep. Pelosi and Rep. Hoyer need to step up and defend our communities by getting all Democrats to stop Trump's reauthorization of Section 702 and pass the USA RIGHTS Act
Tell Democratic leadership to stop this abuse of power: Don’t let Trump spy on us!
Until justice is real,
- the Color Of Change team
#Trumpspyprogram