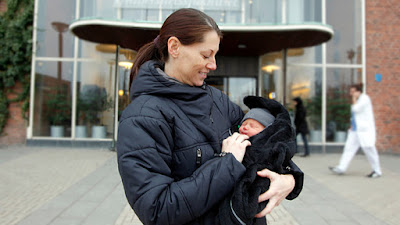 After kicking the can down the road three times since last September, congressional leaders -- led by Speaker of the House Paul Ryan -- have had months to find a long-term solution to fund the federal government.
They still haven't.
Throughout this process, they've played partisan games with children's health insurance, and offered no serious solutions for the hundreds of thousands of young DACA recipients waiting for help -- despite consensus across the aisle to protect DREAMers.
This looming shutdown isn't about federal funding, or unsolvable political differences.
It's about ignoring a growing bipartisan consensus. The American people, overwhelmingly, want to fund the Children's Health Insurance Program (CHIP) and protect the 800,000 young immigrants who know America as their only home.
This shutdown fight is about Paul Ryan and Mitch McConnell, along with the White House, refusing to do the right thing because of politics. It's about them playing to the most conservative members of their caucus instead of truly governing for the majority.
This is unacceptable, and it's proof of what we've known all along: Congressional leadership cannot govern responsibly. It's time we hold them accountable. Call a key senator today:

SAMPLE SCRIPT
Hi, I'm [YOUR NAME] from [YOUR HOMETOWN AND STATE].
I'm calling to urge you to work across the aisle to fund CHIP and protect DACA recipients. There are millions of uninsured children who need health care, and hundreds of thousands of DACA recipients who go to our schools, serve in our military, contribute to our communities, and know this country as their home. They deserve permanent protection.


We shouldn't have to decide between taking care of kids and funding the government. Please, stop toying with the idea of a government shutdown and come up with a bipartisan solution to fund both of these programs - millions of lives depend on it.

G.O.P. to Use Children’s Health Insurance as Lure for Averting Shutdown