From Florida to California, the Gulf of Mexico to Alaska, the Trump administration wants to drill for oil off of almost every single coastline in America

The Trump Administration wants to drill for oil off the coast Northern California. And that's not all.  Just hours ago ago the Department of Interior released its draft five year plan for offshore oil and gas leasing that seeks to expand drilling in Atlantic, Pacific, Gulf of Mexico, and Arctic waters — and auction off permanently protected areas.

We need to fight this tooth and nail at every level of government, starting by flooding the Interior Department with public comments.

Speak out against offshore oil drilling by submitting a public comment against the 5 year plan right now! 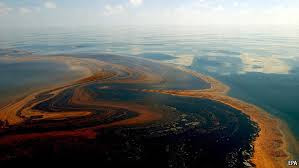 The Trump administration is willfully ignoring the lessons from the Deepwater Horizon disaster by moving to undo basic offshore drilling safety measures while handing over our oceans to the fossil fuel industry.
If the Interior Department’s five-year oil and gas leasing plan moves forward, corporations will have access to drill off nearly every coast in the United States. This puts coastal communities and economies, marine wildlife, public health, and the climate at an unimaginable risk. We need a massive public outcry to stop new drilling. Will you add your voice?

Coastal governors and other politicians from both parties, Native tribes, businesses, and communities like yours are already gearing up against the plan. We can stop the administration's most reckless plans to line the pockets of oil companies if we start building momentum from day one.