EPA hurt our ability to stop gas-fired engines. Tell the EPA don't restrict the use of science. 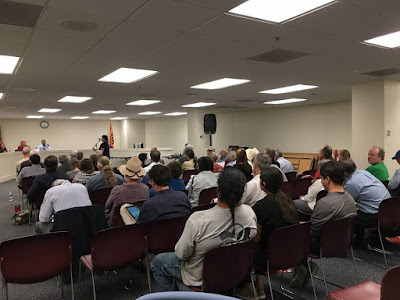 I finally received a response from the Pima Department of Environmental Quality regarding the public comments (including my own) submitted on TEP's permit to install the 10 RICE gas-fired engines in Tucson.  I want to thank the members of Sustainable Tucson (especially Duane Ediger for taking the lead), the Sierra Club, and other community members who took the time to go on record regarding this important issue. While our letters didn't result in PDEQ rejecting TEP's permit, we did slow down the process. (It took five months for them to review the comments and approve it.) And they did revise a number of permit conditions including:  annual monitoring and reporting to provide reasonable assurance of compliance with the carbon monoxide emission limits for the RICE, and a condition that they would decommission the old generators before the new engines are installed.

Summary of their decision.

It's not over until it's over!  Within 30 days after service of this notice announcing the final permit decision, any person who filed comments on the proposed permit for the TEP Irvington Generating Station or participated in any of the public hearings for the TEP Irvington Generating Station may petition EPA’s Environmental Appeals Board (EAB) to review any condition of the final permit.

One of the problems the community faced in responding to how TEP's permit complied with PDEQ's code was the absence of cardon dioxide standards.  That's right! The code doesn't include carbon dioxide standards because Scott Pruitt put a hold on the Clean Power Plan.

I believe that the EPA's refusal to accept the latest science regarding carbon dioxide greatly hampered our efforts to fight the RICE gas-fired engines!  See how important it is that the EPA rely on the best available science when making decisions!

It's about to get worse, unless we speak out! 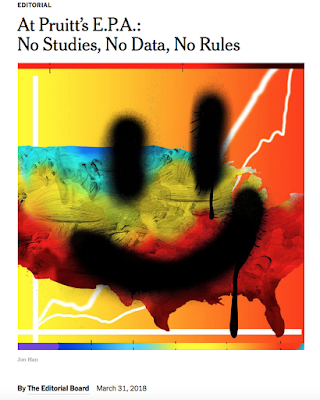 Now the Environmental Protection Agency (EPA) has proposed a rule that would restrict the agency's ability to rely on the best available science to ensure that we have clean air and clean water. This is nothing more than an attempt to undermine the EPA's mission to protect public health and the environment. Our air, water, and health all rely on the EPA using the best available science in decision making.

Please, send an individual letter to the EPA. (Find the link below the sample letter.)

I am writing to express my objection to and concern about the Environmental Protection Agency's (EPA) "Strengthening Transparency in Regulatory Science" proposal (Docket ID No. EPA-HQ-OA-2018-0259). I believe that science plays a pivotal role in ensuring our health and safety, preserving our environment, and informing evidence-based policy. This new proposal would undermine the EPA's mission of preserving public health and the environment.

For the EPA to utilize the best available science to shape public health and environmental safeguards, the agency needs to have the ability to use the best research and information. While this proposed rule promises "transparency," it reduces confidentiality and privacy protections by requiring the raw data from these studies to be made public. Consequently, the best available scientific studies in numerous public health fields, where patient privacy prohibits sharing the raw data, would be sidelined. This arbitrary rejection of data from research on air quality, public health, drinking water, hazardous waste, and so many other fields would inhibit the EPA's ability to implement science-based protections.

When policies play a role in our health, safety, and environment, the EPA needs to use the best available evidence and research when finalizing safeguards. This ill-advised proposal would significantly limit the EPA's ability to make the informed policy decisions that the agency is required to under landmark public health and environmental laws, including the Clean Air Act, Safe Drinking Water Act, and the Toxic Substances Control Act.

I urge you to reconsider this proposed rule and withdraw it immediately.

You are encouraged to file an individual comment to the EPA and share your story about how restrictions on science would harm your health and the environment. The more people who file comments, the less the EPA can ignore the weight of the evidence.

Be sure to submit your comment by August 16 at 11:59 p.m., and check your email for a receipt confirmation.

The Union of Concerned Scientists put together a few resources to assist you in writing your comment:
• Check out our helpful guide for writing a public comment.
• Watch our Public Comments 101 webinar on making effective public comments to the EPA.

More on the RICE Generators: