Microsoft got the message about enabling ICE 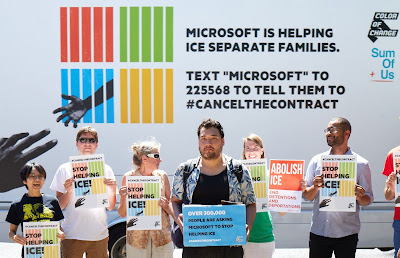 To this day, the future is uncertain for the 463 children whose parents were deported by ICE without them. Their parents came to the US for the dream of a better life, and many have fled violence in their home country. Now hundreds of parents have been deported back to potential danger with no real hope of reuniting with their children.

So last week, we took the fight to end tech companies’ collaboration with ICE's deportation machine straight to Microsoft’s door.

Together with partners like Color of Change, the Tech Workers Coalition, Fight for the Future, and Coworker, we hosted actions at Microsoft offices in cities across the country to deliver a joint petition with 300,000 signatures from members like you. But that’s not all: a Microsoft employee hand-delivered a USB with the petition—including 500 signatures from Microsoft employees—to CEO Satya Nadella at an annual gathering at Microsoft’s Redmond, WA headquarters.

Nadella definitely got the message that Microsoft’s ongoing contract with ICE can’t be swept under the rug and hurts real people. And in case 300,000 signatures didn’t do the trick, we teamed up with Color of Change to crowdsource this amazing mobile billboard that we drove around Microsoft’s headquarters during the protest.

Together with a coalition of groups representing millions of people, we’re showing Microsoft that the voices of the people will speak louder than the $19 million contract Microsoft has with ICE.

Watch and share this video of our day of action on Facebook to help keep the heat on Microsoft!

The pressure is working: Nadella was quick to downplay Microsoft’s contract with ICE, claiming in a statement that it was “not aware” of its services being used to help separate families at the border. 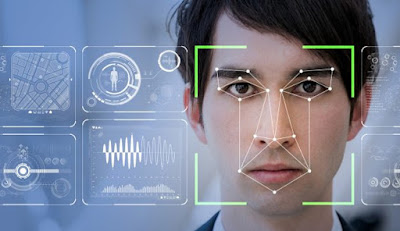 That’s quite a change of tune from earlier this year when the company boasted online that Azure, a Microsoft cloud computing service with deep learning capabilities to accelerate facial recognition and identification, was “mission-critical” to ICE.

It's a matter of life or death for so many migrant families in this moment. Deported parents worry if they will ever see or hold their infants again. They worry about who will take care of their kids if and when they are released from government detention centers. They worry about surviving another day to be able to search and fight for their separated love ones, some too young to speak.

Last week’s day of action was a crucial step in holding tech companies like Microsoft accountable for their complicity in Trump’s war on immigrants. But we will not back down until we take this crucial cog out of ICE’s deportation machine.