How to stand up to Trump Collusion and oust Kavanaugh 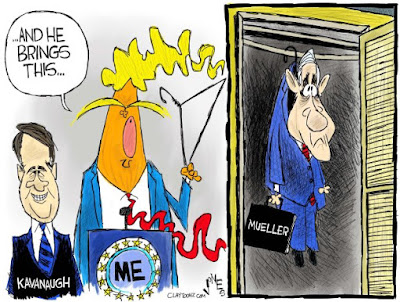 This Week in Trump Collusion” timeline:
→ Tuesday: Former Trump campaign chairman Paul Manafort was found guilty on charges of bank and tax fraud. THEN former Trump attorney Michael Cohen pled guilty to campaign finance violations.
→ Wednesday: The revelations on the Cohen investigation prompted Democrats to call for a delay on the confirmation process for Trump’s Supreme Court nominee Brett Kavanaugh. And New York state investigators issued a subpoena to Cohen as part of their investigation into the Trump Foundation.
→ Thursday: We found out that National Enquirer publisher David Pecker received immunity from federal prosecutors for providing information on the Trump and Cohen hush money investigations. After Trump threw a Twitter tantrum, and called Paul Manafort a “brave man,” it was reported that Trump is considering a pardon for Manafort (reminder: this is a big, glaring red line and we’ll be ready).
→ Hours before we wrote this email: News broke that Trump organization finance chief, Allen Weisselberg, would be granted immunity in the Cohen investigation as well. 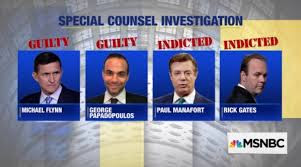 Bottom line: Even before the continuing drip-drip of collusion, there were plenty of reasons for your senators to oppose Kavanaugh based on his record.
Brett Kavanaugh's record shows that he is willing to protect Trump from accountability for his corruption and crimes, dismantle environmental protections, and side with the wealthy and powerful over working people.
Now, there’s no excuse for inaction. We know that Brett Kavanaugh does not believe a sitting president can be indicted, or should even be investigated. It’s clear that Trump engaged in criminal activity during the campaign, and he chose Kavanaugh in order to shield himself from accountability when the Supreme Court inevitably weighs in on Trump’s crimes and corruption.
That’s why it is imperative that we stop Kavanaugh now. Trump has hand-picked the Supreme Court nominee that would have the ability to exonerate him. Yet, there are 26 senators that are still undecided. That’s unacceptable.

Here’s how you hold your members of Congress (and Trump) accountable:

On weeks where the news is chaos (or pretty much a dumpster fire), it’s important for us to not get distracted. There’s only one way to make sure that these fights stop coming down to the wire -- Vote. Them. Out. We need to #DoTheWork to vote out those members of Congress that either avoid their constituents or blatantly ignore their constituents needs. Here’s how you can do that:
✔️ Don’t wait another moment to register to vote.  Help your friends and family get registered, too! Check out our voter registration tool at indivisible.turbovote.org to get started.
✔️ Find an electoral event near you. So many Indivisible groups across the country are canvassing and holding phone or text bank drives. Find your local event on our map and get involved today.
✔️Support our IndivisiCandidates. Indivisible groups endorsed locally and nominated candidates for national endorsements. You can find our most recent list of 45!! Indivisible endorsed candidates here.
If your MoC hasn’t shown up to a town hall in months, if they only have private events during recess, or if they’ve consistently voted with the Trump administration despite their flooded phone lines -- 👏VOTE👏THEM👏OUT👏 and elect the people who have shown commitment and accountability to their communities.
- INDIVISIBLE
Posted by Jana Segal at 8:21 AM