Tell the EPA Why a Strong Chemical Disaster Rule is Vital: A Public Comment Guide 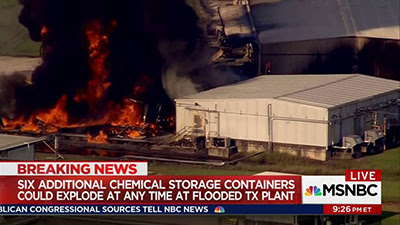 The Environmental Protection Agency (EPA) is attempting to reverse critical improvements to the EPA’s chemical facility safety standards known as the Risk Management Program (RMP), or the “Chemical Disaster Rule.” The proposed changes attempt to eliminate the vast majority of the improvements made to the RMP, putting millions of people—particularly vulnerable populations of low-income communities and communities of color—at risk. The EPA is accepting public comments on these dangerous new changes. Written comments must be submitted to the regulatory docket by August 23.

Go to the public comment page on Regulations.gov for the proposed policy (docket EPA-HQ-OEM-2015-0725-0890) and click on the “Comment Now!” button. Make sure all documents contain your name and contact information. Be sure to submit your comment by August 23, 2018 at 11:59 p.m. ET and check your email for a receipt confirmation. While a submission can be typed directly into the website, uploading a separate document may be easier for you edit, save, and submit.

Remember that the most effective comments are thorough, unique, and specific. The public comment process allows scientists and the public to help agencies understand the full range of consequences of a proposed rule. Arguments made during this process are often used as evidence for any future court challenge.

The Obama Administration issued an Executive Order (EO) tasking key federal agencies with reviewing and improving their existing chemical safety programs. Before the rule was finalized, the EPA engaged in extensive outreach with all stakeholders including the chemical industries and the public. The Trump Administration put on hold the implementation of the new RMP regulations, and in the new proposal, it revokes important improvements to the program.

Address the benefits to public and worker health and safety provided by the 2017 RMP rule that the proposed rule eliminates. And address the potential negative impacts, the flaws in EPA’s justifications for its proposed changes of the proposed rule, overlooked impacts, and intended or unintended consequences. If you are a scientist or technical expert who has them available, attach key studies and research so they are on the record. The following are critical areas to address, and guidance on how to respond to these points.

Address how access to sources like emergency plans and contact information for coordinating officials in local government is helpful to personal and family plans should a chemical disaster occur.
Deletes the requirement that facilities provide emergency planners and first responders with essential information needed for responding to a chemical release allowing companies to claim “confidential business information,” and either provide limited or no information.

-  CENTER FOR SCIENCE AND DEMOCRACY