ASK THE EPA NOT TO REPEAL THE CLEAN POWER PLAN 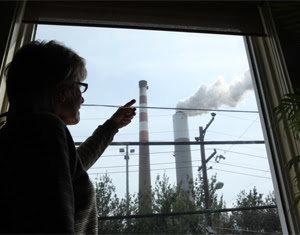 The Environmental Protection Agency Administrator Scott Pruitt has begun the process of repealing the Clean Power Plan, which places first-ever limits on the huge quantities of carbon pollution emitted by our country’s electric power plants. Reining in these emissions is crucial to making progress against the worsening climate crisis.

Pruitt’s action is unacceptable. We need this vital, commonsense safeguard that will greatly reduce the United States’ largest source of carbon emissions. Tell the EPA to enforce the Clean Power Plan and defend our communities’ right to clean energy and a healthy future.

Pruitt’s announcement cements his guiding environmental principle: Prop up the dying fossil fuel industry at any cost. This industry poisons the air and water of our most vulnerable communities while we watch the immediate impacts of climate change in real time. Our ocean is turning into a pressure cooker for hurricanes such as Harvey, Irma and Maria, which collectively have killed hundreds of people and displaced thousands.

We don’t have time to sit this fight out until the political winds shift in our favor. We need to tackle our climate crisis now.

Demand that the Clean Power Plan remain in place—and tell the EPA to double down on our commitment to a clean energy future. 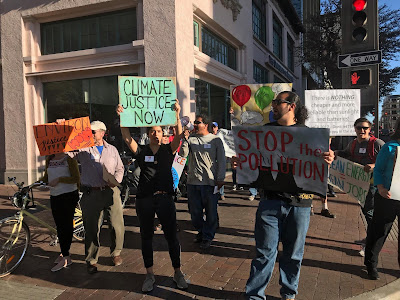 On a more personal note: This delay has hurt Tucson. Some members of our community (myself included) tried to oppose TEP's petition to install 10 RICE gas-fired engines using the Pima County code. But we ran into a wall because there was nothing in their code about carbon dioxide - due to Scott Pruitt's efforts in the EPA.  We need strong regulations that allow citizens to fight for clean air and the health of our communities.  It seems the only way to make the fossil fuel industry do what's right for our health and the planet is to regulate them. The only recourse we have is the Clean Power Plan.

ASK THE EPA NOT TO REPEAL THE CLEAN POWER PLAN.