Rein in Roundup and Save Monarch Butterflies 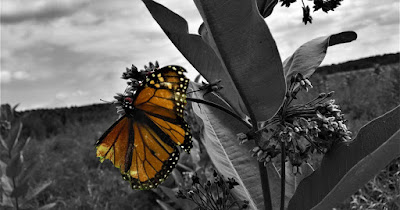 A new analysis by the Environmental Protection Agency has confirmed what we've known for years: that the most widely used pesticide in the world is making it harder for monarch butterflies to survive. Glyphosate — the active ingredient in Monsanto's Roundup weed killer — is killing off milkweed, monarch caterpillars' only food.

Tell the EPA to rein in this toxic pesticide. It's the only way to save these backyard beauties that have declined by 80 percent in the past 20 years.

With more than 300 million pounds of glyphosate used each year on U.S. crops, the consequences are devastating. And the harms don't stop with monarchs. The World Health Organization and the state of California have identified the pesticide as a probable human carcinogen.

The EPA is currently deciding whether to maintain the status quo or put in place protections for human and environmental health.

Using the form on this page, tell EPA to restrict out-of-control glyphosate use. (personalize for more impact)

Send the following message to the Environmental Protection Agency:

I am writing to urge you and the EPA to protect human and environmental health from glyphosate. The last time the agency registered this herbicide was in 1993. Since then its use has skyrocketed with the widespread adoption of Roundup Ready crops. Glyphosate is now a common contaminant in rivers, lakes, soil, food and our own bodies.

EPA's rejection of the findings of the World Health Organization's cancer research team, as well as California's EPA, is absolutely unacceptable in light of the findings of EPA's own scientific advisory panel. The panel found that the EPA did not follow its own cancer guidelines when concluding that glyphosate is not a carcinogen.

Safeguards must also be put in place to protect milkweed from glyphosate. This important resource is necessary for the survival of monarch butterflies, and it has been systematically destroyed throughout much of the farmland in the Midwest.

Please – do everything in your power to ensure that glyphosate will no longer be used in a way that harms monarchs or our environment.