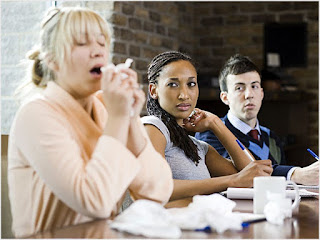 In 2016, Arizona voters passed a law, Prop 206, that gives workers the right to earned sick time. Now, Speaker JD Mesnard is trying to make it easier for your employer to fire you for taking the sick time you’ve earned.

This is an outrageous attempt to subvert the will of the voters and make life harder for working families. If enough of us speak out, we can stop it.

Send the following message to your Legislator by clicking here.

(Feel free to personalize it for more impact.)

I’m writing to you as a resident of your district and as a concerned citizen worried about efforts to make life harder for working people. In 2016, 58% of Arizonans voted to give workers paid sick time, to increase the minimum wage to $12/hour by 2020, and to prevent employers from retaliating against workers who take earned sick time. These changes have made a tremendous positive difference in the lives of people across Arizona, and have helped boost our economy.

HCR2028, currently under consideration in the legislature, would side with bosses over workers, makes it easier for employers to retaliate against workers for taking sick time. Right now, if someone is fired within 90 days after taking their earned paid sick time, the employer has to be able to prove that the firing was legitimate, and not retaliation. HCR2028 would eliminate that provision, leaving workers justifiably afraid that if they take a much-needed day off to visit the doctor, recover from illness, or deal with the effects of domestic violence, they’ll be fired. I urge you to vote against it.


Sincerely,
your constituent
city and zip