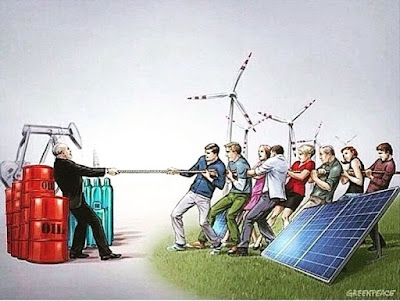 Some serious issues have surfaced that need immediate action, including the strike-everything amendment on HB2005 that is designed to undercut the Clean Energy for a Healthy Arizona initiative (50% renewable energy by 2030) by preempting its enforcement. The strike-everything amendment would not only undermine enforcement of the proposed initiative, but would also interfere with enforcement of the current Renewable Energy Standard by the Arizona Corporation Commission (ACC). The measure is also likely unconstitutional as it would infringe on the ACC's constitutional rate-making authority.

Senate Committee on Government at 2:00 P.M.

Please, sign in on the Request to Speak system before the 2:00 P.M. hearing today (Wednesday March 14th) in the Arizona Senate Government Committee and express your opposition to HB2005. You might add a note in your comments that you are opposing the strike-everything amendment.

While signed onto Request to Speak, you can register your opposition to HB2498 also being heard today at 2 p.m. in the Arizona Senate Government Committee:

Wanna do more? You can call members of Senate Government Committee and ask them to oppose HB2005 with the striker and also HB2498, the bill that undermines protection of cultural resources.

While signed in you might want to go ahead and register your opposition to SCR1034 that will be heard Thursday morning:

SCR1034 independent redistricting commission; membership (Yarbrough, Griffin, Kavanagh, et al.) is on the House Government Committee Agenda on Thursday at 9:30 A.M.. Please sign in on the Request to Speak system in opposition to this bill, as well. The bill refers to the ballot a measure to add four members to the Independent Redistricting Commission and also require that a certain number be from the two largest counties. Only the chair of the commission would come from a pool of candidates provided by the Appellate Court Commission. This is unnecessary tinkering with the commission and will result in more partisanship as more partisan appointments are made. OPPOSE

Heads up: Griffin is a real estate agent who profits from development.