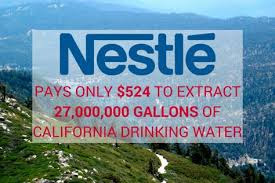 It’s unbelievable: Nestlé has been pumping up to 162 million gallons of water every year out of California’s San Bernadino National Forest on a permit that expired 30 years ago.

In December, there was a glimmer of hope -- the California Water Board ruled that Nestlé must cease its unauthorized use of the water it’s been drawing. But, Nestlé never stopped. It is continuing to take water from this critical ecosystem, and the US Forest Service is doing nothing to enforce the ruling.

The Water Board gave Nestlé 60 days to present a plan on how its going to stop pumping -- and the time is almost up. A huge outcry now, coinciding with Nestlé’s deadline, will pressure the US Forest Service to follow through on its responsibilities to protect these precious waters from Nestlé’s greed. 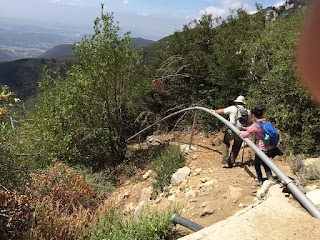 Will you please join me in signing the petition to tell the US Forest Service to stop letting Nestlé take water from San Bernadino National Forest?

Nestlé is making billions of dollars every a year on bottling water that it pays next to nothing for. And it has proven time and again that it’s willing to do whatever it takes to make more money -- including allegedly defying court rulings and taking hundreds of millions of gallons from a drought-stricken area.

California just came out of a historic five-year drought last April and, not even one year later, all the signs point towards another devastating drought year. And this coming after some of the largest and most dangerous wildfires in Californian history that destroyed over 1.3 million acres of land.

Because of these droughts, over 5,000 Californians have had their wells run dry, while the rest of the state is under mandatory conservation. Meanwhile, Nestlé walks away with water on an expired permit and sells it for profit.

The evidence from the Water Board’s 20-month investigation is clear: Nestlé has no right to be taking the majority of the water that it does. 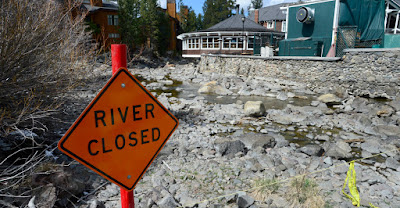 The US Forest Service must take action now. A huge outcry now could be the pressure they need to make the right decision and protect California’s water from Nestlé’s greed.

SumOfUs has been fighting, and winning, against Nestlé’s greedy water grabs all over the world. Over 284,000 caring members like you signed a petition to call on Nestlé to stop taking California’s water during one of the worst drought years on record, and over 34,000 of you sent a message directly to the Forest Service to stop Nestlé sucking California dry.

And, in Oregon the voices of over 250,000 caring members like you, along with the pressure of amazing local activists stopped Nestlé from setting up shop in Cascade Locks.

And right now, SumOfUs members are helping play a critical role in funding Osceola township’s legal battle against Nestlé to protect its water. This tiny township would likely have gone bankrupt without our help. We know we have the people power to prevent Nestlé from sucking California dry.

Please join me in signing the petition to tell the US Forest Service to stop letting Nestlé suck California dry.

California Says Nestlé Didn't Have The Rights To Bottle Millions Of Gallons Of Water, BuzzFeed, Dec. 22, 2017

#stopNestlé
Posted by Jana Segal at 11:09 AM