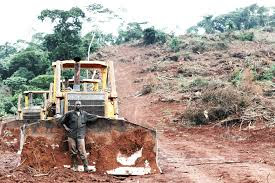 The forests destroyed were some of Borneo’s incredibly important peat forests: massive carbon sinks that safely store greenhouse gases out of the atmosphere. These peat forests are absolutely critical in the fight against global climate change.

PepsiCo has continued its partnership despite repeated well documented reports of destroyed ecosystems. Once again, PepsiCo has failed to stop the havoc caused by its partner. Meanwhile, people and the planet continue to suffer the consequences of its inaction.

In 2015, in response to public criticism, PepsiCo revised its palm oil policy but left an exemption for its joint venture partners in the Salim Group. The Salim Group makes PepsiCo snack food products in Indonesia. These latest investigations show that once again, PepsiCo continues its dirty business with destructive companies while people and the planet suffer the consequences.

Follow this link to send the following message to PepsiCo CEO Indra Nooyi and demand that PepsiCo cut ties to the destruction. (Please, add a personal message for more impact.)
Dear Ms. Indra Nooyi,
PepsiCo’s business partner the Salim Group has been exposed for destruction of Borneo’s peat forests.
Your company must take action immediately to close the loophole in PepsiCo’s palm oil policy that enables this destruction. No excuses or half measures will suffice.
Rainforest Action Network, Rainforest Foundation Norway and SumOfUs have released a new report exposing deforestation by palm oil companies associated with PepsiCo business partner, which you can download here.
Posted by Jana Segal at 12:25 PM