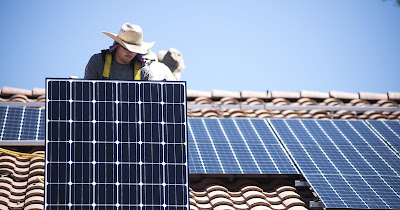 Consideration of TEP's solar net metering policy has been scheduled for the ACC's April 26th open meeting. TEP is proposing that solar electricity exported from a home will have a different value than the energy purchased or imported from TEP.


TEP is in the second phase of their rate case, which will address changes to net metering and rates for customers who sign up for solar (distributed generation) after the date of the decision of the rate case.

Want to speak out?


There are a few options: You can go up to meeting in Phx and speak, request to call in to the open meeting (you'll need to call the Commission to inquire about how), or you can write a letter to the docket. (Docket # E-01933A-15-0322 should be referenced in letter or call request.)

Here are the changes TEP has requested:

2) Time of Use (TOU) rates with a grid access fee, or Demand based rates. Both of these rates would result in a significant reduction of the savings from solar, so that if they were approved, solar energy systems might never pay for themselves. The payback if the rates were fixed for 20 years would be about 15 years, but because the export rate will only be fixed for 10 years, the payback for new systems would be unknown, but greater than 15 years.

3) Increased meter fees for the bi-directional meter, and a new meter fee for the solar meter. These fees would have a small impact on large systems, but for customers with modest bills they would extend out the return for solar even longer.

TEP customers who submit an application for interconnection prior to the decision date of the Phase 2 part of the rate case will be grandfathered under existing net metering rules for 20 years from the date of their installation. We expect the decision to be made sometime in the fall, unless there is a settlement, in which case it could be as early as mid July.
Posted by Jana Segal at 10:06 AM