Submit a public comment: TELL THE EPA - RESTRICT THE USE OF GLYPHOSATE 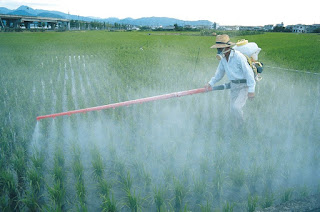 Scott Pruitt and the Trump administration’s Environmental Protection Agency (EPA) are now accepting public comments on their proposed reapproval of the pesticide, glyphosate, the active ingredient in Monsanto’s Roundup. If the EPA reapproves glyphosate, it will enable chemical companies to sell this toxic pesticide for another 15 years. Now’s your chance to tell EPA to restrict the use of this hazardous weedkiller!

Best known as the active ingredient in Monsanto’s Roundup, glyphosate is the chemical cornerstone of GMO-based agriculture. In fact, over the past two decades, Monsanto’s ubiquitous Roundup-resistant GMOs have made glyphosate the most-used pesticide in the history of the world. And that’s bad news for all of us.

Despite these significant health, environmental, and agricultural consequences, EPA is poised to reapprove glyphosate for the next 15 years!Tell Scott Pruitt and the EPA how important it is to NOT approve glyphosate without serious restrictions needed to address its many threats!