Business owners! Entrepreneurs! Sign the letter to save NET NEUTRALITY 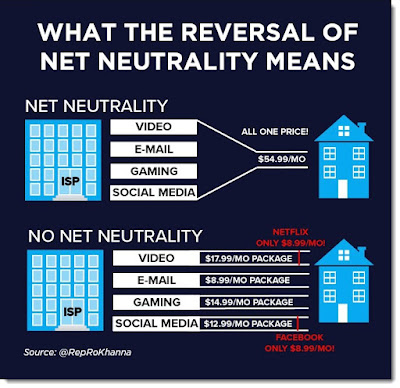 Do you own your own business, or know someone who does? Whether you are a local shopkeeper or a tech entrepreneur, a plumber or dog walker, the internet needs your help – right now!
Small and medium sized businesses will be devastated if Comcast and Verizon end net neutrality. Big Cable wants to create fast lanes and slow lanes on the internet based on who can pay them the most, making it impossible for many businesses to compete with the big guys.
This is urgent: Congress may vote very soon on the CRA resolution to overturn the FCC’s disastrous repeal of net neutrality. There’s still a few more members of Congress we have to convince to save a free and open internet. That’s where you come in.
Add your name: Click here to join more than 3,000 entrepreneurs and sign on to the small businesses for net neutrality letter.
Members of Congress take business owners from their districts very seriously – especially small businesses. We need to help them understand that net neutrality is an important reason why small businesses can compete in a global marketplace.
Just ask Jennie Stewart, an Alaska entrepreneur and founder of CustomMousePad.com:

“In 2002, when Yahoo was the Web’s main search engine and Amazon still mostly sold books, I founded a family-run Alaska-based e-commerce company selling custom mouse pads.
Over the last 16 years, our company has created custom-printed merchandise for more than 23,000 customers in Alaska, nationwide and internationally, including Hilton Hotels, Chevy, NBC, PBS and even the Alaska state government. We employ 30 people.
We’ve only been able to do that thanks to net neutrality, which has been the law and state of the internet since we started. But the FCC’s December vote to repeal all net neutrality protections, once in effect, threatens to wipe out our business.”1

If we can show Congress that the majority of business owners support net neutrality, along with 86% of Americans2, we will stand a much better chance of winning the votes in the Senate we need to save the open internet.
If you are not a business owner, no sweat! You can still help by forwarding this email to someone who is. We will be delivering the letter to Congress on May 2, and our goal is to get many thousands more businesses to sign on before then, so we need as much help as we can get in finding supporters.
Send a message to Congress that small business supports net neutrality. Join 3,000 businesses and sign our letter today.
- Carli Stevenson, Demand Progress
Sources:
1. Juneau Empire, “Sen. Murkowski, Don't vote for the FCC's Net Neutrality Repeal,” April 16, 2018.
2. Public Consultation, "Overwhelming Bipartisan Public Opposition to Repealing Net Neutrality Persists," April 17, 2018.
#SAVENETNEUTRALITY
Posted by Jana Segal at 10:20 AM