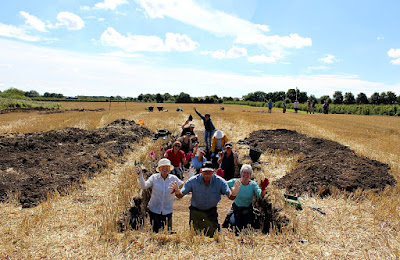 HB2498 historic preservation; rangeland improvements; requirements (Cook: Barton, Bowers, et al.) weakens protections for cultural resources by allowing those with minimal training to provide the required review. This bill passed out of the Senate and awaits final action in the House.

HB2498 is opposed by many tribal nations and archaeologists throughout Arizona. The bill requires a so-called streamlined cultural resource protection report relative to ”rangeland improvement projects,” which could include roads, fences, and more. This bill allows people with little experience or training to provide these reports, putting at risk cultural resources.

It is not always easy to recognize important historic and cultural sites, which is why there should be someone who is well-trained to do so performing the work and issuing the reports. It should also be someone who understands the need for tribal consultation and with which tribes.


Click this link to send a message to your representatives asking them to oppose HB2498.

Arizona Bill Would Change Rules Around Archaeological Studies — And May Violate State, Federal Law
Posted by Jana Segal at 11:15 AM