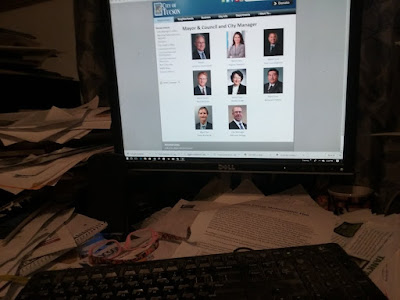 I want to thank everyone who took a stand against TEP's proposed RICE gas-fired generators. You were amazing!  Sustainable Tucson's advocacy group is awaiting responses from the Pima Department of Environmental Quality regarding our individual comments. I'm afraid this is just the beginning.... Meanwhile, I would like to share the letter I just e-mailed to Mayor Rothschild and the Tucson City Council members detailing some of our efforts and asking for them to join the good fight.  I hope this inspires you to write a letter to your council member (maybe not so long...lol)

Find which ward you are in here. 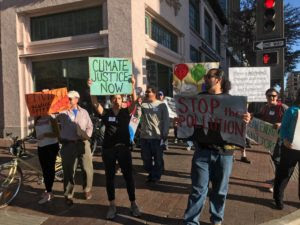 The city council committed to support the Paris Climate Agreement and take steps to combat climate change. But it will take a more proactive approach than adding some solar panels on city property or installing a few water recharge basins.

With some strong leadership, Tucson could become a model for sustainable practices. An oasis in the desert. A destination for ecological tourism. But none of this will be possible if we continue to accelerate climate change by allowing TEP to install 10 gas-fired RICE generators, encouraging our car culture by widening roads, and approving perpetual development (beyond what our annual rains can sustain.)

First things first. As you know, TEP is proposing modernizing the Sundt Generating Station by replacing two 1950's era steam units with ten natural gas fired combustion engines. The purpose of the new generators is to ramp up more quickly and to balance the variability associated with solar and wind energy generation. TEP claims that these units are part of a larger goal for 30% renewable energy by 2030. But gas fired engines should not be equated with clean, renewable power from wind and solar. The RICE units are fossil-fuel based generating units that would create significant greenhouse gas emissions. According to the Pima County Department of Environmental Quality, the project expects to cause an increase in emissions of carbon monoxide, particulate matter (fine particles PM2.5 and coarse particles PM10) and volatile organic compounds.

As a member of Sustainable Tucson, I am concerned about TEP’s unambitious goal of transitioning to 30% clean energy by 2030. The negative impacts of climate change are progressing much faster than that – even faster than scientists first predicted. We are already witnessing its devastating effects.  If TEP is truly dedicated to transitioning to clean energy, why would they be installing 10 new pollution spewing gas-fired generators that last 30 years?

Members of Sustainable Tucson’s Advocacy team have been actively fighting the permit process for installation. First, we submitted comments to the Corporation Commission. I wrote the following comment:

My engineer husband, Dan Stormont, and I have been following the rapid innovations happening in solar storage and believe that they will be an economically feasible option in the near future. Battery storage has already resulted in the cancellation of proposed gas peaker plants in California. Regulators there are even requiring utilities to open competitive solicitations for solar + battery storage that are likely to supplant three existing gas peaker plants. 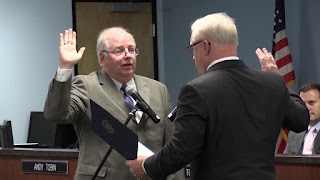 Our team celebrated when the Arizona Corporation Commission refused to consider Tucson Electric Power’s Integrated Resource Plan – indicating that it would issue a moratorium on new natural gas-fired energy production projects. But we were appalled to learn that the ACC approved TEP’s underhanded plan to meet the imposed moratorium (not to exceed 175 megawatts) by phasing the construction into two 100 megawatt installations. There appears to be some shady dealings going on here. (This should not be a big surprise since some commissioners were under investigation for accepting dark money campaign donations.)

Our team's next step was contacting a member of the Board of Supervisors. When asked what he could do to deny TEP’s permit for the RICE generators, the supervisor claimed that their hands were tied - that it’s up to the EPA to set the laws about climate change. But, really, what are the chances of that happening with climate change denier Scott Pruitt at the helm of the EPA?

Our team met with a similar challenge when we submitted comments to the Pima County Department of Environmental Quality on how TEP’s permit doesn't meet the criteria for issuance prescribed in the Pima County Code. We couldn’t even argue that TEP didn’t meet the standards for carbon dioxide emissions since there was nothing in Pima’s code regarding carbon dioxide emissions. EPA Administrator Scott Pruitt had delayed implementing the Clean Power Plan which places first-ever limits on the huge quantities of carbon pollution emitted by our country’s electric power plants. 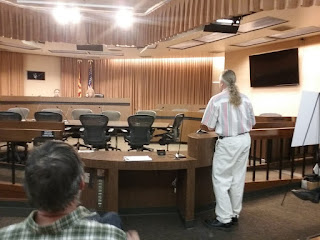 Three of our members spoke up at the public hearing held by the zoning examiner. We asked that the City of Tucson deny TEP’s request for a special zoning designation (Planned Area Development – “PAD”) because TEP’s request for rezoning contradicts Plan Tucson’s call for: (a) Increased renewable energy sources; (b) Recruiting, retaining and expanding Tucson’s key economic sectors in renewable energy; c) Increasing or promoting environmentally sensitive industry; and (d) “. . .[N]o compromise on principles of equity, fairness, justice, prosperity, livability, and environmental integrity.”

The Tucson zoning official explained that Plan Tucson’s provisions are not grounds to deny the TEP’s zoning request. He approved the zoning permit claiming it didn’t break any zoning codes. But when those zoning codes were written, we weren’t staring in the face of climate change!

Sustainable Tucson's advocacy team has done everything we can think of to stop the installation of TEP’s dirty generators. But we’ve been stopped by unethical roadblocks from the EPA.   Now we need your help.  It is time for bold action - to think outside of the box. It’s time to create new codes and ordinances that protect Tucson from the devastation of climate change and delay any permits until those codes and ordinances are put into effect.

The Tucson City Council committed to support the Paris Climate Agreement and take vital steps to combat climate change. It’s time to ask yourself some hard questions. Was that pledge just words or are you committed to doing everything you can to combat climate change to protect our children and the future of Tucson? If the answer to that question is yes, you need to ask yourself one more question, “Am I doing everything I can?”

Sustainable Tucson is here to support your efforts to uphold the Paris Climate Agreement and protect our beloved town. Feel free to contact me if there is anything we can do to help.