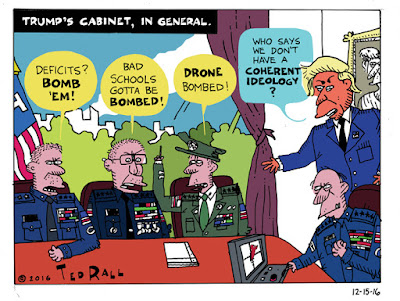 Trump nominated a war criminal to lead the CIA.

Gina Haspel personally helped torture detainees in a secret CIA-run prison during the Bush administration. She then made sure the video evidence was destroyed.

Torture is illegal in all circumstances, without exception. It was illegal then and it’s illegal now. Gina Haspel carried out crimes but, instead of punishment, she’s getting a promotion. Unless we stop her. It’s up to the Senate to decide whether to confirm or reject Gina Haspel to lead the CIA. We can block her if Democrats vote together.

Thanks to you, Indivisible was able to cut down support for Mike Pompeo’s confirmation. Your calls helped secure opposition from key Democrats, even those who voted in support of Pompeo for CIA Director last year. We didn’t win that fight, but we know we can win this one. Gina Haspel’s nomination is already under scrutiny from both Democrats and Republicans. If we pressure Democrats to hold the line, and keep Republicans like Rand Paul accountable, it will mean a major blow to Trump’s War Cabinet.

We cannot allow a war criminal to lead the CIA. Here’s how we’re going to #BlockHaspel:

Indivisible set up a toll-free number 855-980-2350 so you can easily call your senator directly and tell them to publicly oppose Haspel’s nomination.

Let’s get ready to light up the Senate phone lines this week.

Caller: Hi, My name is [name] and I’m a constituent from [part of state] calling about Gina Haspel’s nomination as head of the CIA. I want Senator [name] to immediately and publicly commit to opposing this nomination. Gina Haspel carried out torture and destroyed the evidence. She is completely unqualified to lead the CIA. Will Senator [name] oppose her?

Staffer: Thank you for calling. Senator [name] shares your concerns and will be voting against this nomination.

Staffer: I can relay that to my boss.

Caller: Please do. Haspel is an unacceptable choice and it’s important for the senator not just to oppose her, but to use [his/her] platform to increase pressure for other senators. I’ll be watching for [his/her] statements.

[IF STAFFER SAYS NO]

Staffer: Thank you for calling. Senator [name] supports Gina Haspel’s nomination and admires her decades of public service. She did what she was asked to do by her country, in order to keep people safe.

Caller: That’s not acceptable. Torture was, and is, illegal no matter what. There are no exceptions and it’s a crime. “Following orders” is not a justification. Additionally, her cover-up of the crimes through destruction of video evidence is enough in itself for the Senator to oppose her. I urge [him/her] to re-think his position.

Staffer: I’ll relay that to the boss.

Caller: Yes, please do. I am very concerned about this nomination and will be checking back to see if the senator has changed [his/her] position.

Check out our Block Haspel resources page and help stop her nomination.