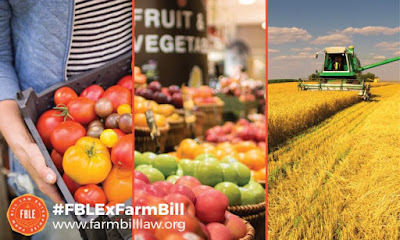 The farm bill is a legislative package that covers many issues related to food and agriculture (including farm subsidies, rural development, and bioenergy). It’s usually authorized every five years, and it is set to expire this year.

Why is this important? The farm bill includes the Supplemental Nutrition Assistance Program (SNAP, or “food stamps”)—and Republicans want to make massive cuts to it. SNAP is the country’s most effective anti-hunger program, and helps 1 in 8 Americans, especially children, seniors, and people with disabilities, put food on the table. Despite providing modest benefits—the average SNAP benefit is about $1.40 per person per meal—SNAP is incredibly successful at fighting food insecurity and reducing poverty.

It’s likely that this bill will clear the House, but it faces a much tougher road in the Senate—which is likely to scrap the House effort and start over. You can help make sure that happens: Call your Representative and tell them to oppose H.R. 2, the House farm bill.


WHAT IS THE FARM BILL?

Since then, the farm bill has grown in scope to include other programs—including food assistance. Historically, the farm bill has passed with considerable bipartisan support, but in recent years it has become more contentious as Republicans have ramped up their attempts to enact sweeping changes to SNAP that would make it harder for people struggling to make ends meet to get food assistance.

WHAT ARE THE REPUBLICANS TRYING TO DO TO SNAP?

House Republicans are trying to cut or take away food assistance from more than 2 million people struggling to make ends meet, including children, seniors, and people with disabilities.

Republicans, led by Rep. Mike Conaway (TX-11), want to impose even stricter work requirements on SNAP recipients. Right now, SNAP recipients between the ages of 18 and 49 already have to work at least 20 hours a week to receive their benefits after a three-month grace period. States are able to waive these requirements during economic downturns to ensure that people can still have access to food.

Under the new Republican bill, these requirements would be tightened considerably. Beginning in 2021, SNAP recipients between the ages of 18 and 59 would be required prove, every month, that they had worked at least 20 hours per week. If a person fails to do so, they can lose their SNAP benefits for a year—and each subsequent infraction would cause them to be locked out of receiving benefits for three years. The bill also takes away state flexibility to make the program easier for participants to use.

This is part of a larger push to radically transform federal assistance programs. Since Trump took office, Republicans in Congress and in the administration have been adding or tightening work requirements for programs like SNAP and Medicaid. These restrictions don’t do anything to help the people served by these programs, but they do result in more people falling into poverty as the protections they rely on are stripped away. 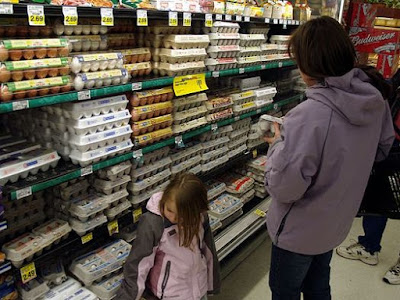 HOW WOULD THESE CHANGES AFFECT PEOPLE WHO RECEIVE SNAP BENEFITS?

If the House Republican farm bill is signed into law, up to 2 million people could lose some or all of their benefits. These cuts would be particularly acute for:

People in rural areas, since these areas tend to have more SNAP participants, food deserts, and poverty rates than metro areas and small towns.

Low-income women and working women, since the enhanced work requirement would punish people whose work schedules are inconsistent by barring them from receiving benefits if they don’t work at least 20 hours every week of the month. Work requirements do not count much of the informal labor that women disproportionately take on (such as being a caretaker for a family member) as “work.” The additional documentation requirements would also make it much easier for a busy person, such as a working mom, to accidentally lose her benefits because of a clerical error.

People with disabilities, who would have to deal with difficult exemption requirements in order to receive SNAP despite the new work requirements. It would also put their caretakers (whose labor would not meet the definition of “work” under these requirements) at risk of losing their benefits.

Children, whose parents could more easily lose benefits for all of the reasons above—and who are at risk of a wide variety of negative effects from food insecurity, such as behavioral and physical health problems.

This would have devastating effects for many households that rely on SNAP to supplement their food budget. Receiving SNAP reduces the rate of food insecurity, poor general health status, and obesity among recipients, and improves academic learning among school children. Taking away food stamps does more than put people at risk of not having enough to eat; that food insecurity then feeds into a host of other problems that conspire to keep families in poverty.

For the 42 million Americans who depend on SNAP, these changes would be devastating. SNAP is already highly efficient, both in the sense that it has very little waste or fraud and in the sense that it delivers critical support to vulnerable families to ensure that they can put food on the table. Cutting it has nothing to do with wanting to pull families up out of poverty; it’s just another way for Republicans to try to slash the safety net. 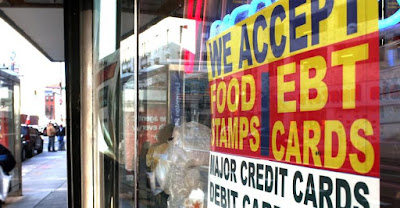 BUT WAIT, MY REPUBLICAN MOC SAID THIS BILL HAS NO CUTS TO SNAP!

Republicans have been playing a cynical game in selling their partisan farm bill. They say it has no SNAP cuts. Don’t be fooled: the House Agriculture Committee farm bill would cut or take away SNAP benefits from at least 2 million people and we expect that amount will be much higher if it became law.

That’s because the SNAP proposal takes the “savings” from cutting SNAP benefits by $17 billion, and instead uses that funding to create giant new state bureaucracies to track compliance with the harsh new work requirements, and to fund unproven, unscalable job training programs that are unlikely to help people find work—and certainly won’t do anything to replace their lost food assistance.

Caller: Hi! My name is <NAME> and I’m from <part of state>. I am calling to urge <MoC> to vote No on H.R. 2, the House farm bill, which would make it harder for struggling Americans to put food on the table. This bill would take food assistance from millions of people, including seniors, children, and people with disabilities; <MoC> should reject it.

Staffer: Thanks for calling. <MoC> supports the farm bill; <he/she> believes it is critical that we provide people with a pathway to find work so they can break the cycle of poverty and dependency that welfare creates.

Caller: This bill won’t do anything to help lift people out of poverty; for millions of Americans, it will only make things worse. The work requirements in this bill will add billions of dollars in new administrative costs, which are paid for by causing at least 2 million people to lose some or all of their food assistance.

Staffer: I’ll pass your thoughts along to <MoC>.

Caller: Please do, and please take down my name and contact information so you can follow up with me after the vote.

Staffer: Thanks for calling. <MoC> opposes the farm bill; <he/she> believes that we should not kick people off of SNAP by adding draconian new work requirements to this critical program.

Caller: I’m glad to hear it. SNAP is the country’s most effective anti-hunger program, and I appreciate that <MoC> is taking this stand to protect it.

Staffer: I’ll pass your thoughts along to <MoC>.

Caller: Please do, and please take down my name and contact information so you can follow up with me after the vote.