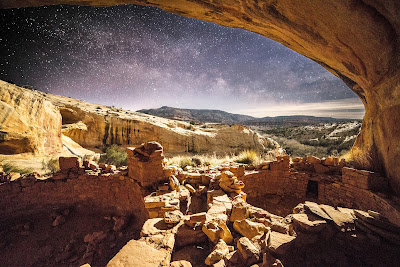 Our national monuments and public lands and waters help define who we are as a nation by telling the story of our shared historical, cultural, and natural heritage. And that’s why I was deeply disappointed in President Trump’s decision to not only eliminate national monument protections for more than 2 million acres of public lands within southern Utah’s Bears Ears and Grand Staircase-Escalante National Monuments, but also specifically allow for more mining and drilling claims to be made within the original boundaries of these monuments at 9 am on February 2nd. I ask you to do all you can to defend America’s national monuments and oppose any legislation that would undermine the Antiquities Act.

Since President Theodore Roosevelt signed the Antiquities Act into law in 1906, 16 Presidents – 8 Republicans and 8 Democrats – have used the authority granted by the act to safeguard public lands, oceans, and historic sites in order to share America’s story with future generations. These national monument designations are broadly supported from coast to coast and provide a myriad of benefits to local communities, including economic boosts from tourism, places to enjoy the outdoors, clean air and water, protection for ecologically sensitive areas, and windows into our country’s history.

National monuments are our legacy to our children and our children’s children, and a gift that belongs to all Americans. Please take a stand for future generations by defending the Antiquities Act.