Somehow I got on a conservative e-mail list. I got an e-mail entitled our "Our Spending Problem." What they are referring to is our social safety net, Obamacare, the EPA, and tax deductions for medical expenses and student loan interest.  Essentially anything that might cost multi-billion dollar corporations any profit. I am posting it here so you will know what we are up against in fighting the GOP tax plan.

Included is a link to the letter that the Club for Growth president wrote to the tax conferees that Speaker Ryan and Majority Mitch McConnell appointed. I think we should write our own letters in response.

We can also call or e-mail the tax conferees listed below. This is all out war. We are fighting for the America we love - against greedy corporations and billionaires who have a stranglehold on our government. #GOPtaxscam 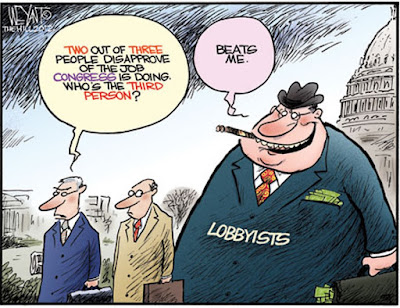 Club for Growth e-mail about :

This week in Washington, Congress passed a stopgap measure to fund the government for another two weeks.  This is another way of saying that once again, Congress has chosen to kick the can down the road setting themselves up for a series of last-minute funding battles right before Christmas.

Delaying tough decisions never bodes well for taxpayers who have to pay for all the spending.  Club for Growth will continue to do what we do best on this front and that is to fight to curb wasteful spending and seek to implement spending caps, not to mention spending cuts.

What the most recent tax reform discussions have reminded us is that Washington doesn’t have a revenue problem, it’s got a spending problem.

The Latest on Tax Reform

While the first conference meetings are not expected until next week at the earliest, Club for Growth was ready to weigh in on what factors the conferees should be (or not be) considering.

Club for Growth led the pack in urging conferees to further cut individual rates and keep the corporate tax rate at 20 percent.

Below is an excerpt of the letter Club for Growth President David McIntosh penned.


“As conference discussions begin, Club for Growth wants to ensure that the most significant pro-growth provisions in the House and Senate legislation are preserved and not lost in an effort to appease special interests pleading to retain their particular tax benefit.  In other words, we want to make sure that what comes out of the conference committee is more pro-growth and not less than what went into it.”
- David McIntosh

The letter went on to draw a line in the sand on a few policy areas.  As Club for Growth President David McIntosh noted, “Club for Growth urges the conferees not to increase any marginal tax rates.
In his conclusion, McIntosh explained that “Conference meetings inevitably require tradeoffs to rectify the differences between the legislative texts.  In making those tradeoffs, Club for Growth strongly urges conferees to stand strong and fight for the most pro-growth policies that benefit all Americans and not diminish them by giving in to class warfare or social engineering arguments.”

You can read the letter in its entirety here.

On Friday, Club for Growth joined with over twenty other conservative groups calling for the corporate rate to remain at the 20 percent rate.  As the letter explained,

We remain hopeful that the conference committee will do what is in the best interest of American taxpayers and companies.  Club for Growth will continue to keep you posted on all the latest tax updates in the coming weeks.  Stay tuned!

Business Week Article: The conference committee has barely started, and the GOP tax bill already has some big problems

Be sure to watch the video (on the page from the link above) about Section 520l of the tax plan that will roll back campaign finance laws by rolling back the Johnson amendment. It will allow corporations to write off their bribes to politicians.
Posted by Jana Segal at 9:58 AM