Time to take back our country 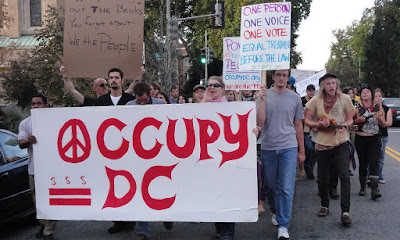 Our Senators have disregarded the will of the people. In this time of great income inequality, both houses have passed tax plans that give huge tax cuts to billionaires and big corporations at the expense of the rest of us.

These tax plans will increase the deficit by 1.4 trillion dollars which will lead to dismantling vital social safety nets such as medicaid, medicare and even social security. Remember the uproar when they tried to dismantle the Affordable Care Act? This bill has a sneaky provision that would destroy it. But it's not only the elderly who will suffer. Students would no longer be able to deduct the interest from their college loans. Tuition waivers for graduate students would be considered taxable income. This bill would also be devastating to our wildlife. Despite whole species going extinct everyday from lack of habitats, this bill would allow oil companies to drill in the Arctic National Wildlife Refuge.

This bill disregards the needs of the American people. It increases the financial divide by handing over billions of dollars to the richest people the planet has ever known. They will have even more expendable income to buy our politicians. They will end up privatizing our decaying infrastructure - including our depleted waterways. They will OWN US.

We can't take this lying down. We have got to do everything we can to stop this disastrous tax bill from destroying the country as we know it. Fortunately, there is still time while the bill is being worked on in the conference committee. You can reach your House members at the Whitehouse switchboard: (202) 224-3121. Ask them not to pass either version of the bill as they now stand, but to work with Democrats to construct a bill that addresses the needs of individuals and families.

This is just the first step. We need a government that represents the people. Time to get organized and stand up for America!
Posted by Jana Segal at 8:35 AM