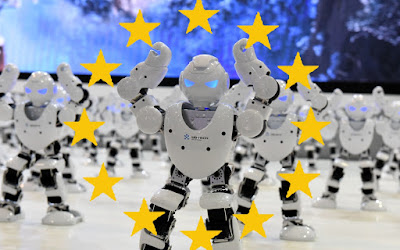 Anonymous online robots have used thousands of stolen identities to submit over a million fake anti-net neutrality comments to Trump’s FCC.(1)
New York Attorney General Eric Schneiderman is investigating the comment hacking. But the FCC is being accused by Schneiderman -- and one of its own commissioners -- of withholding key evidence and obstructing the investigation.(2)
Twenty-eight Democratic U.S. senators have called on the FCC to delay Thursday’s vote to repeal net neutrality until the fake comments have been fully investigated.(3) But unless more Republicans in Congress speak up, FCC Chairman Ajit Pai will not slow down in his race to repeal net neutrality.
You live in an area that is represented by a Republican in either the House or the Senate. With only 2 days left until the FCC votes, your voice is urgently needed to save net neutrality and defend our democracy!
Will you call Congress today and ask them to tell the FCC to put the brakes on any net neutrality vote until we get to the bottom of who’s trying to pervert our democratic processes?
Yes, I'll call Congress and ask them to stand up for net neutrality!
At least 1.3 million anti-net neutrality comments were fake. They used fake email addresses and, more sinisterly, stolen identities. Nearly half a million of those comments may have come from Russian sources. New York Attorney General Eric Schneiderman believes that at least 50,000 New Yorkers may have had their identities used to oppose net neutrality without their permission, and has launched a criminal investigation.(4)
But according to FCC Commissioner Jessica Rosenworcel, the Republican-controlled FCC is refusing to participate in the investigation -- and failing in its duty to protect the legitimacy of the public commenting process.
These fake comments are just the latest attack on our democratic institutions and practices -- and one of the most consequential since Russia interfered in the 2016 presidential election. Pai should be on high alert over this fraud -- instead he’s focused on pleasing his corporate overlords.
That’s why we’re going to ask more members of Congress to demand a delay on this week's net neutrality vote until we get to the bottom of the comment hacking. We only have two days to stop it -- will you call Congress now?
Yes, I’ll call Congress to help stop the net neutrality vote!
-the Courage team
Footnotes:
1. https://www.wired.com/story/fcc-net-neutrality-comment-analysis-fake-emails
2. https://gizmodo.com/fcc-commissioner-blasts-her-own-agency-for-withhold-evi-1821133018
3.https://motherboard.vice.com/en_us/article/8xmaj4/senators-net-neutrality-vote-postponed
4. See reference 2